After reading Whatever Happened to the Human Race? by philosopher, Francis Schaeffer, and surgeon, C. Everett Koop, Dr. Douglas Groothuis became pro-life. That was in 1979 and he was twenty-two years old. In his essay Abortion, Law, and Human Value Dr. Groothuis explains his grave concern regarding the barbaric legislation, House Bill 22-1279, which is making its’ way through the Colorado legislature and to Polis’s desk. HB22-1279: Reproductive Health Equity Act would codify into law that a baby can be aborted right up to the moment of birth. There is no humanity, no compassion, no kindness and no equity HB22-1279.

After reading Whatever Happened to the Human Race? by philosopher, Francis Schaeffer, and surgeon, C. Everett Koop, I became pro-life. That was in 1979 and I was twenty-two years old. My convictions have never wavered as I have taught, written, and advocated about this ever since. I am more ardently pro-life than ever. My reasons are biblical, logical, and scientific, as I will shortly demonstrate. But my sense of urgency was intensified by Colorado House Bill 22-1279 that overtly strips any rights or moral value to the unborn.

I testified against this bill—we all had only two minutes—on March 10, 2022, at the State Capitol after waiting eight hours. It was presented by three Democrat women legislators and passed on a party-line vote. Every Democrat voted for it. Every Republican voted against it. The bill will probably be voted on early in the week of March 21. If it is a party-line vote again, the bill will pass. It is nothing less than barbaric.

“The Reproductive Health Equity Act” states that “a fertilized egg, embryo, or fetus does not have independent or derivative rights under the laws of the state.” The bill thus forbids any restriction on abortion. It is a case of pro-abortion absolutism and extremism, which is based on the denial of any moral value to the unborn. Under this bill, an endangered animal species has more rights than an unborn human being. You can be fined and even imprisoned for killing or harming some animals. Not so for the unborn, as long as the mother wants an abortion.

Even though Colorado has an extremely permissive abortion law and was the first state to legalize abortion in the United States in 1967, the Democrats wanted to further codify abortion on demand in Colorado. This is because they fear that the Roe verses Wade Supreme Court decision of 1973—which has allowed for the abortion of over 62,000,000 million unborn children—might be overturned in a few months by the same Supreme Court. If this occurs, abortion will not be made illegal. Rather, each state will decide its own laws pertaining to abortion. Some states, such as nearby Texas, will have pro-life laws. So, if a woman in Texas wants to have an abortion, she would need to travel to a more permissive state, such as Colorado. The Democrat lawmakers want Colorado to be an abortion destination should Roe verses Wade by struck down.

Rather than further explore the legal matter apart from the wrongness of this bill, a pro-life argument will be presented that should appeal to anyone, Christian or otherwise. That is, unless their consciences have been seared and they have little to no regard for the objective value of human life. We start with the fetus.

What is a fetus? (To simplify, I will use “fetus” to refer to every stage of a mother’s pregnancy.)

Therefore, the unborn ought to be protected legally. The fetus has the negative human right not to be killed. This right overwhelms any but the most severe reason for killing the fetus, such as the protection of the life of the mother. These cases are exceedingly rare. Therefore, the burden of proof is on the life taker. The benefit of doubt should be given to the developing human being.

The biblical case for protecting the unborn is simple and powerful. All human beings are created in the image of God from conception onward and possess unique and incomparable value (Genesis 1:26; Psalms 139). Since God commands us not to murder, we should not murder a human being at any time at any stage of life (Exodus 20:13). Moreover, Jesus taught that we should show special moral concern for the least, the lost and the last in society (Matthew 25:31-46). Who could be more marginalized and voiceless than unborn human beings? We must be their voice and their hands and feet in order to protect them.

This Colorado bill deems the fetus to be mere stuff, mere meat, which can be used however desired. If a fetus survives an abortion, he or she can be left to gasp for breath and be left to die—or be actively killed. Or the fetus can be used for anything desired, because, according to this bill, the fetus has no rights whatsoever. Eagle’s eggs have more legal rights.

This bill’s view of the unborn is untrue, irrational, inhumane, and unjust. It is also un-American, since the Declaration of Independence states that “all men are created equal,” and that they “have certain unalienable rights,” which includes “the right to life.” This bill removes this essential right in the name of “equity.” Real equity would recognize that all human beings—born and unborn—possess the right not to be murdered—that is, the right to life.

Facts, logic, and science support the pro-life view. Decent people will do all they can to protect the innocent lives of the unborn. Let us then redouble our efforts in the pro-life cause. Let the Bible have the last word.

If you falter in a time of trouble,
how small is your strength!
Rescue those being led away to death;
hold back those staggering toward slaughter.
If you say, “But we knew nothing about this,”
does not he who weighs the heart perceive it?
Does not he who guards your life know it?
Will he not repay everyone according to what they have done? 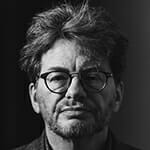