Bringing Home the Bacon is Getting More Expensive

The COVID-19/Wuhan Virus Reaction Disruption created meat processing slow downs and closures that left distribution channels tangled, cattle in feedyards past their endpoint and hogs backed up on farms to the point some were euthanized. How will this play out when urbanites and suburbanites go to the grocery store? In this Op-Ed Rachel Gabel, assistant editor with The Fence Post, explains that consumers must recognize the importance of agriculture production and vote like their next meal depends on it.

The Midwest derecho storm, as reported in main-stream media, was limited to mostly long power outages and the damage to homes and other structures with little mention of the crops. According to the USDA’s Risk Management Agency, approximately 8.2 million acres of corn and 5.6 million acres of soybeans were damaged. Damage to grain storage totals about $300 million to repair or replace damaged bins.

This came on the heels of meat processing slow downs and closures that left distribution channels tangled, cattle in feedyards past their endpoint, and hogs backed up on farms to the point some were euthanized. Though the current hog slaughter capacity is currently higher than this time last year due to Saturday shifts, prices are still miserably low.

This came on the heels of restaurant closures that shifted meat sales from retail, food service and schools to retail alone. With no school lunches being dished and foodservice closures, milk producers were left with fewer marketing outlets. With Easter celebrations on a smaller scale, catered events cancelled, travel halted, and dining closed, lamb- which is disproportionately consumed in white tablecloth restaurants and during the holidays- demand fell to its knees. Now, Mountain States Rosen, which processes many of the lambs raised in the mountain West, has filed for bankruptcy. More troubling, it appears to be purchased by meat packing giant JBS which has no plans to process lambs, leaving 350,000 lambs with no processing outlet.

This came on the heels of ethanol production slowing drastically as the California transportation market came to a halt. In turn, this made it impossible for some cattle feeders to secure distiller’s grain, a byproduct of ethanol production that is an excellent feedstuff. This forced the hands of feeders to find other ration ingredients to feed cattle that should have already found shackle space.

In Colorado, all of this is in a time of widespread drought that left harvested wheat acres at a 91-year low and is forcing cattlemen to wean calves early and begin feeding cattle long before the first chill of fall. Paired with trade uncertainty and wildfires challenging both high country sheep and cattle producers, it has never been more important to protect agriculture. The wolf is literally at the door with forced reintroduction on the November ballot and activist-driven legislation being embraced by Front Range legislators, the Governor and his non-elected spouse.

If ever there were a perfect storm, this might be it. If there were a perfect lesson to be learned from the Covid mess, it is the importance of the food supply chain and the people on each link. From producers to processing to distribution to retail, the US has the safest, most affordable, and most abundant food supply in the world. Now, consumers who are a generation or two removed from the farm or ranch must recognize the importance of production agriculture and vote like their next meal depends upon it. 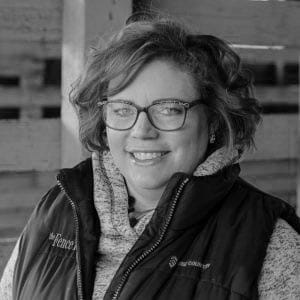