In order to save lives, social distancing should stop now. Pam Long, West Point graduate and former Army Captain who served in the US Army Medical Service Corps and worked in medical intelligence for SFOR Task Force Med Eagle, has studied the data. After reflecting on Governor Polis’ recent press conferences, Pam has five recommendations for the governor which will save lives if we have a second wave of COVID 19 this coming September.

This is an update to my first Colorado COVID data analysis on April 13, 2020 “Colorado COVID-19 Data Indicates Viral Arc Peak Passed on April 3, 2020.” By charting Colorado’s state health department’s CDPHE COVID-19 Case Data in a trend graph, rather than a cumulative graph, the current data shows that COVID19 is in decline in Colorado. In contrast, Governor Polis refers to this decline as a “plateau,” and mentioned a potential for a second wave like the 1918 Influenza Pandemic. 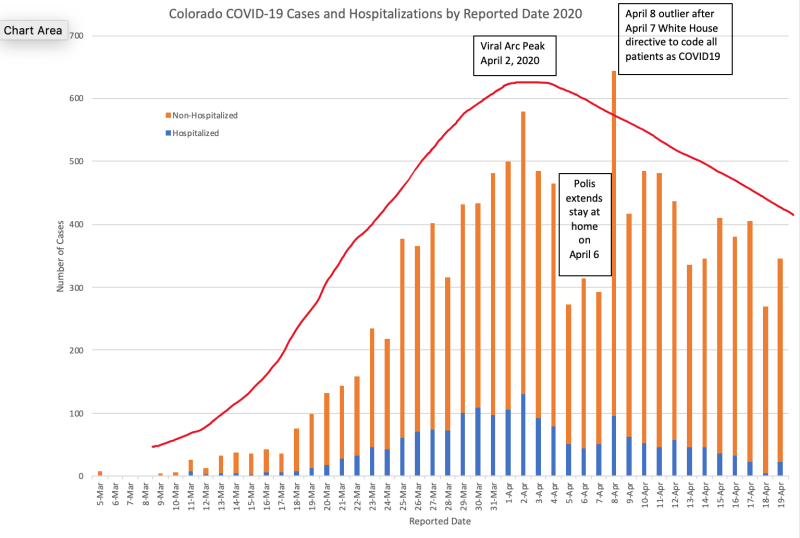 The research urges health departments to plan for worst-case scenarios based on the 1918 Influenza Pandemic that originated in Army camps and spread to civilians.[i]  The main lesson learned is that the first wave in the spring provided cross protection for the second wave in the fall.

“Exposure to influenza in the spring and summer of 1918 provided mortality and morbidity protection during the fall pandemic wave. The intensity of the first wave may have differed across US cities and countries and may partly explain geographical variation in pandemic mortality rates in the fall. Pandemic preparedness plans should consider that immune protection could be naturally acquired during a first wave of mild influenza illnesses.”[ii]

The dire warning to heed in this research is found in this statement: “If indeed a mild first wave is documented, the benefits of cross-protection during future waves should be considered before implementing public health interventions designed to limit exposure.”[iv]

In 1918, during the first wave, “illness rates were high, but death rates in most locales were not appreciably above normal. A second or fall wave spread globally from September to November 1918 and was highly fatal”[v] among healthy young adults, aged 20 to 40, sometimes within 24 hours of infection. Historically, the curve of influenza deaths by age has a U-shape with mortality peaks in infants and the elderly. However, the second wave of 1918 exhibited an unprecedented W-shape, with a distinct middle-aged mortality peak in adults.

If I were advising the Governor, I would present two scenarios. The Decline Scenario, based on current data, indicates that the virus in decline and urgently necessitates that “social distancing” must end to save the economy. 200,000 people have already filed for unemployment which will result in thousands of deaths of despair. The Plateau Scenario, or worst-case scenario, provides caution for a potential second wave, and also urgently necessitates that “social distancing” must end to allow maximum people to gain natural immunity through exposure prior to the more fatal second wave.

Pam Long is a graduate of USMA at West Point, who served as a US Army Medical Service Corps officer, and who worked in medical intelligence for SFOR Task Force Med Eagle.

Cross-Protection between Successive Waves of the 1918–1919 Influenza Pandemic: Epidemiological Evidence from US Army Camps and from Britain

1918 Influenza: the Mother of All Pandemics

Chloroquine Is a Potent Inhibitor of SARS Coronavirus Infection and Spread 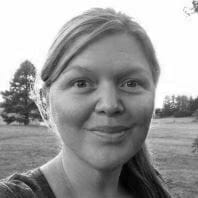