Yvonne Paez was born on U.S. soil and spent most of her childhood growing up in Mexico. In her essay Created Different, Paez explains that she has the unique experience of viewing the United States both as a citizen and a foreigner. She discusses the difference between America and other countries and shares what we must do to protect what has been bequeathed to us from our Founding.

I believe my greatest gift is to have been born on U.S. soil. My second greatest gift is the ability to view my country through the eyes of a foreigner. Having spent nearly my entire childhood in the heart of Mexico, I had plenty of time to learn about the difference between the two countries, and more importantly the difference between the two cultures.

On the few road trips my family made to the U.S. during my youth, my Ecuadorian father was quick to point out the differences between the U.S. and Latin America. “Look at the roads, this is what it looks like when taxes are put into roads rather than into the pockets of politicians.” “Look how clean it is, people care enough to know to put trash in trash bins.” “Look at that sign; littering is punishable with a $100 fine or jail,” and so on. My father loved the things that made the United States different, and better than the place where he grew up, and the place where we lived, both Latin American countries. He was also a JFK “aficionado,” and I was raised with the “ask not what your country can do for you, but what you can do for your country” mentality. Honestly, I had no idea what I could do for my country, especially since I hardly knew my country, because my father’s company had moved our family outside the U.S. when I was only four.

Now that I reside in the US, after 15 years of living outside of it, “the differences” are still evident, and remain a subject of curiosity for me. In search of the origins of these differences I took an interest in American History, a subject I was clearly deficient in due to living abroad during my school age years. What I found, as could be expected, was that people are products of their history.

As we approach another U.S. birthday celebration on the 4th of July, it is important to remember that our nation is the product of one of the most famous political separations. Our Declaration of Independence is, in essence, the break-up letter that rocked the history books. What were the irreconcilable differences that warranted the dissolution of our political ties to Britain? The repeated injuries and usurpations establishing tyranny over the colonies. What were the stated causes that “impelled” such separation? They were stated simply as the “self-evident” truths, that all of mankind was “created equal”, with the absolute, non-negotiable, inviolable or “unalienable right to Life, Liberty and the pursuit of Happiness”, and that to “secure these rights”, citizens could institute governments with “just powers” derived from the consent of the governed.

Self-government was a novel and radical idea. Our history is indeed worthy of study and reflection. Who were the dissidents? What was the basis of their thinking? What did they propose in place of the status quo? What would it take to effect this change? Would the sacrifice be worth the goal if we were able to achieve it? What was the long-term vision of this enterprise? What, in fact, were we fighting for? The answers to these questions help enlighten us to just how unacceptable living conditions had become for our forefathers, and how precious freedom from a tyrannical government would be. So precious indeed that the 56 signers of the Declaration, “pledged their lives, their fortunes, and their sacred honor” to this mission of freedom from the British crown.

Upon defeating the British forces, the blueprints for the creation of a new nation and form of government began. The result was a constitution that protected individual freedoms, placed the power in the hands of the people, significantly restrained the federal government, and provided great autonomy to the states. These were the magical ingredients. This was how the United States of America, was “created differently” from most other nations of the globe. While other nations also achieved independence from Spain, Portugal, France, and others, and did their best to copy our constitutional model, most failed to follow the exact recipe, and hence their cake turned out differently. When less power was placed with the people and more was given to the government, the experiment was spoiled. As Lord Acton accurately said, “Power tends to corrupt, and absolute power corrupts absolutely…” The signature ingredient that has hindered or even collapsed Latin American countries is unequivocally corruption. Most people think that “developing” or “third world” nations struggle because they are poor. They are partially correct. Poverty, however, is often preceded by corruption; corrupt governments are what most often lead to the demise of nations and societies.

There is one more ingredient that contributed to the uniqueness of American society; the concept of “virtuous citizenship.” Virtuous Citizenship was based on certain key elements: Civic knowledge, Self-restraint, Self-assertion and Self-reliance. Civic knowledge is the understanding of how our country was formed and the values we, as a society, stand for. Self-restraint is the ability to control temptations to lie, cheat, steal, kill. Self-assertion is the courage to speak up and act when we witness things that are not right. And self-reliance is the will to provide for ourselves without burdening others.

In recent decades I have noticed the “virtuousness” of U.S. Americans is slipping. We are also receiving invited and uninvited guests from less virtuous cultures, without taking the time to teach (and remind our own citizens) about virtuous citizenship.

History is an interesting and useful tool. The history of our nation and our ancestors of more than two and a half centuries should neither be changed nor judged by the standards of the 21st century. The history of all societies is filled with good and bad. It exists for us to learn from the bad and celebrate the good.  If we disregard the knowledge and lessons contained in our history, President Lincoln’s words regarding danger to our society, will be prophetic.

“At what point then is the approach of danger to be expected?  I answer, if it ever reach us, it must spring up amongst us. It cannot come from abroad. If destruction be our lot, we must ourselves be its author and finisher. As a nation of free men, we must live through all time, or die by suicide”.

The United States of America was created different for good reason, but we are beginning to look like and act like many of our troubled neighbors. We must alter our path to alter our fate. What we encourage, we will get more of, and what we discourage, we will get less of. The choice is ours. I now know what I can do for my country. I can help preserve its foundational ideals, so we can celebrate many more birthdays as a free and prosperous nation. 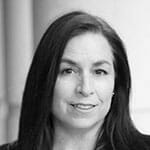 Yvonne Paez was raised in Mexico, but Colorado is her U.S. home. She is the co-founder of Perspectives101, a Northern Colorado Civic Group dedicated to keeping citizens informed and engaged regarding issues affecting their community, their state and country. Yvonne is a US Army veteran, a translator and interpreter, and is a graduate of the Leadership Program of the Rockies.