Increasingly Americans are becoming aware of weird things that happened with the 2020 election. In her essay Democrat Bill SB22-153 Bans County Clerks from Securing Elections, columnist Joy Overbeck explains that centralizing Colorado elections in the Secretary of State's office reduces the transparency, accountability and integrity of our election process. Most people, whether Blue Dog Democrats, Libertarians, Unaffiliateds, Republicans or Conservatives, know the importance of elections that we can trust.

Colorado’s Democrat Secretary of State Jena Griswold and her cronies have been hunting Mesa County Clerk Tina Peters for nearly a year now. Their smear campaign has weaponized a full arsenal, from multiple lawsuits against Peters, to removing her from her official duty overseeing her county’s elections, to filing ethics complaints, to arresting and jailing her for allegedly recording a public court hearing, to 11 Grand Jury indictments that could put her in jail for over 20 years. The indictments, in a process that bans the accused and her attorneys from appearing to provide even a shred of contrary evidence, all centered around her horrendous crime: doing her lawful duty as clerk to preserve election records for 25 months as Colorado law requires. To do so, her team of eight cyber-security experts allegedly probed the innards of the Dominion voting machines used in 62 of Colorado’s 64 counties and what they found revealed outside intrusion into the 2020 and 2021 elections and made national news.

Through persecution and the savaging of her professional reputation, Tina Peters, a Gold Star Mother who lost her Navy Seal son in 2017, has become a lioness and a martyr for election fairness. Now that she’s running for Colorado Secretary of State against incumbent Griswold and speaking to huge enthusiastic crowds, she’s become a threat to the Democrat power elites. So, Secretary of State Griswold and the Democrats at the statehouse have come up with an outrageous bill (SB22-153) that would criminalize county clerks or anyone else with the temerity of Tina Peters to investigate the accuracy and security of their elections. The bill changes Colorado statutes to rob clerks of their lawful elected duty to assure their county elections are fair and honest, and hands the keys to the election kingdom to Griswold. If it passes into law, clerks will be blocked from examining election records to find out if their elections have been compromised or hacked by outside internet intrusion. That’s unless they want to spend a couple of years in jail and pay a fine up to $100,000 for a class 5 felony. (https://leg.colorado.gov/sites/default/files/documents/2022A/bills/2022a_153_01.pdf)

And all this despotic repression comes with a price tag of a little over half a million dollars of our tax money.

SB22-153 is a Political Tool for Suppressing Election Integrity

Democrat SB22-153 is aimed at preemptively thwarting any future trouble-makers like Tina Peters – and also prepping for the potential manipulation of the 2022 elections. Peters suspected the Secretary’s and the D-word’s “trusted build” update of the voting machines, used in 62 of 64 counties, would delete vital election log files. So, Clerk Peters had forensic copies made of the Mesa machines’ hard drives.

Bingo. When Peters’ cyber-security experts compared the machine images before and after the “trusted build” they found up to 29,000 of the log files had vanished or been overwritten. These files could show outside intrusion by URL’s all over the world, according to the cyber-security experts’ Mesa County Forensic Report.

These aren’t records of actual votes, but rather files that reveal outside sources that tapped into the machine systems, via computer, WiFi, or even cell phones.  According to the experts’ report, “a password was not necessary to access this (Mesa County Election) Electronic Management System   server.” (P. 11) So how could Tina Peters have “stolen” passwords as is alleged? In fact, they found the Mesa County system is so insecure it “allowed the editing and changing of the calculated vote totals using a standard I-phone.” (p. 13) Nothing to see here!

It’s impossible to accuse Clerk Peters of doing anything illegal, since her statutory duty as county clerk is to preserve the election records for 25 months following the election (and 22 months by federal law.)  But in June 2021 when Griswold discovered that Peters had seen what was going on behind the curtain, the Secretary issued an “emergency” rule forbidding forensic audits of the type Peters had done in Mesa County.

It actually looks like Griswold, not Peters, is the one who violated state and federal election law by initiating the process that deleted those files. That’s what a lawsuit filed in January in Denver District Court by two county clerks – Merlin Klotz of Douglas County and Dallas Schroeder of Elbert – plus three county commissioners contends.

The lawsuit makes a number of additional charges against Griswold. It asserts the machine election system used on November 2, 2021, as well as in the “trusted build” was not properly tested by a “federally accredited voting system laboratory” and thus violated Colorado statutes and the Federal Election Commission’s 2002 Voting System Standards (VSS.). Which would mean that Griswold’s certification of the machines for the election, the election itself, and the “trusted build” were all unlawful.  The suit also alleges that, as Tina Peters’ cyber-security experts found, the Secretary’s “trusted build” unlawfully destroyed election records that she was required by law to keep for 25 months following the election. And that Griswold’s “emergency rule” in June, (after Peters had the hard drives copied in May) forbidding clerks from using outside cyber-security experts to examine the election systems to assure their accuracy and integrity, itself violated the law.

“When Griswold prevented us and anyone we would hire from getting into the server log files, we could never see the outside intrusion from Internet sources that could manipulate votes,” says Merlin Klotz who has served Douglas County as Clerk and Recorder for seven years and is also a plaintiff in the Secretary of State lawsuit. “These machines are supposed to be a closed system and not connected to the Internet, but Clerk Peters’ report shows that is not the case.  I can’t legitimately certify the election without seeing those files, and the Secretary of State is denying all 64 county clerks the access they need, as well as the ability to hire outside cyber-security people to audit and verify the results.”

Klotz figures, “the Arizona re-counts and audits were going on in the summer, and the Secretary here was in a panic we would do an audit like it. She called it a ‘fraudit.’”  In other words, if passed into law SB22-153 would forever prevent county clerks from the tools they need to check if their election results are accurate and free of outside hacking.

Now let’s jump from the legal weeds into the legislative weeds and back to the outrageous power grab that is Senate bill 22-153.

Some of the provisions of this jaw-dropping bill drastically change existing Colorado law, some are also very likely unconstitutional, and some are both. Examples:

SB22-153 is unprecedented in its stranglehold on our fundamental freedom to express our will to our government through our vote. It’s naked suppression of voter rights as only the despotic Democrats can do it. It must be stopped dead in its tracks. Call and email your Colorado statehouse representative – find out who they are here. This bill has already passed the Colorado Senate and will be on the Colorado House floor soon. Let’s kill the bill. 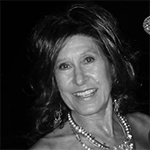 Joy Overbeck is a Colorado based journalist and author who has written for Townhall, American Thinker, The Washington Times, The Federalist, the Daily Caller, and others. Follow her on Facebook and Twitter @joyoverbeck1.

PrevPreviousThe PDF of Life
NextIf You Are Getting a Lot of Flak, You Must Be Over the TargetNext