War, enabled by American weakness, is driving energy prices up. Instead of asking American oil and gas producers to ramp up, Democrats continue to try to destroy the industry while approaching hostile regimes to increase THEIR oil production. Rick Turnquist takes a look at how Democrats are exactly wrong on energy policy, how “renewable” energy only provides a fraction of our energy needs, and how the upcoming elections are so important. Democrats are unfit to govern.

On February 24, 2022, Russian President Vladimir Putin directed Russia’s armed forces to invade the sovereign country of Ukraine, kicking off the largest land war and displacement of population since the dark days of World War Two which was raging eighty years ago.

While this invasion is the direct result of choices made by one man – Putin – it was American weakness in the person of President Joe Biden (D) and his Democratic Party that tilted the balance in favor of aggression. It’s another example of how Democrats are manifestly Unfit To Govern.

What’s really notable about this war in Eastern Europe, however, isn’t the precipitating factor, it’s the stark highlight it throws on energy economics and energy policy.

When it comes to energy, the “progressive” Democrats are exactly wrong.

To imagine a life without fossil fuels, imagine going camping without your car…or your cooler full of food and beer…or your propane-powered camping stove…or your sleeping bag…or your tent…or even your clothing. You must survive on what you can forage and hunt in your immediate environment, burning wood for fuel and warmth. How long do you think you’ll last?”

The cheap, reliable energy we need to live our lives doesn’t just magically flow from the gasoline pump or that power outlet in the wall. Oil and natural gas are produced by men and women who drill wells, which is a capital-intensive process funded by investors, and the raw products are further refined and transported. As just one example of how wrong Democrats are on energy policy, they killed the Keystone XL pipeline when they were able to, costing thousands of blue-collar jobs and restricting the supply of oil to the United States.

In general, when pipelines for oil or natural gas are cancelled or not built because of environmentalist opposition, oil then must be transported by train or truck, both of which have higher environmental costs.

Due to Putin’s war of aggression against Ukraine, the stock market is tumbling and the price of oil is shooting through the roof. From a low of $(37.63) on April 20, 2020 after the COVID pandemic hit the US, the WTI Crude Oil price has risen to $119.40 as of this writing. Natural gas is getting more expensive and gasoline, which everybody uses, is getting more expensive as well, hitting an all-time record high this past week.

There are several reasons for this including uncertainty over foreign supplies and the fact that a major war is underway for the first time in decades.

As of last year, the U.S. imports about 3% (or 200,000 barrels a day) of crude oil from Russia.  Most of the oil imported from Russia goes to the West Coast, where refineries take imports from overseas because they aren’t connected by pipelines (thanks, Lefties!) to the Permian Basin, which is America’s largest oil field.

In fact, America imports oil in large part because the East and West Coasts are not connected via pipelines to the oil and gas producing areas of the country.

Putting sanctions on Russia and stopping imports of Russian oil will drive the prices of oil and gasoline up even further, but that could be offset if the Democrats reverse course and allow more drilling on public lands.

The irony of some oil and gas hating Democrats now begging oil company executives to boost production is rich. But it’s too little, too late and there is no indication they are willing to give up their climate agenda for world reality.

In another irony, the Wall Street Journal reports that the Biden administration has sent emissaries to Venezuela, with talk of easing sanctions on Venezuelan oil. Also, according to the Journal, “…the President is considering a personal visit to Saudi Arabia to patch up relations with the Crown Prince whom Mr. Biden made a show of disdaining when he took office. At the same time the Administration has been seeking a rapprochement with Iran…”.

Long story short, the Biden (D) administration is coddling up to dictators and foreign monarchs when American oil and gas producers could ramp up production faster than foreign producers and the benefits would go to American workers and consumers instead of foreigners who are often hostile to us.

The Left is masterful at using language to mask realities. They do it all the time, and in the energy debate they use it to great effect. What’s wrong with “green” energy? Who could possibly oppose such a thing?

The only problem is “green”, or “renewable” energy isn’t really green. And unlike fossil fuels, renewable energy is not cheap or reliable.

Instead of apologizing to American oil and gas companies and asking them politely to raise production, many on the Left are doubling down on their “green” energy goals, saying that now we should be investing more in renewable energy and continuing the shift away from fossil fuels altogether. 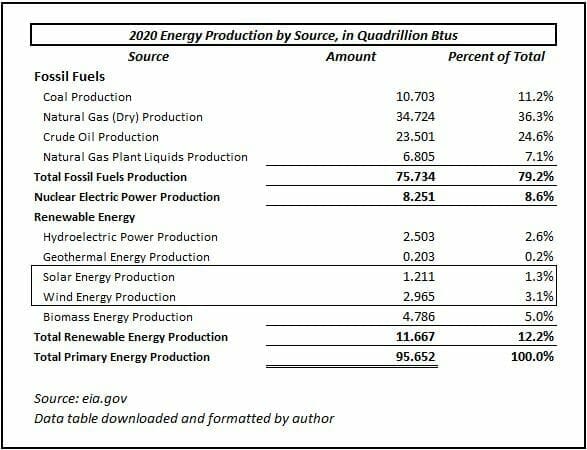 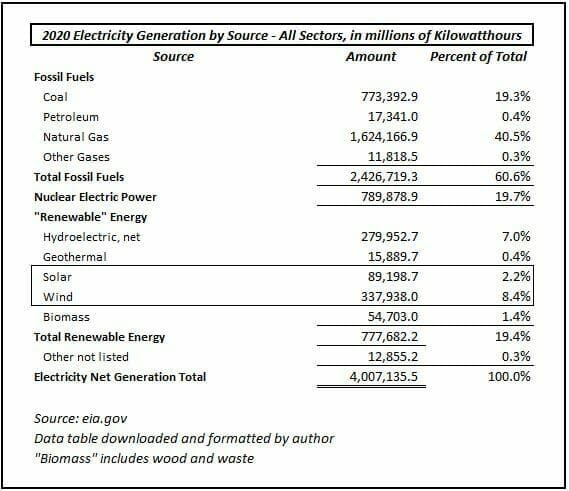 Natural gas prices are not only affected by the laws of supply and demand, but by onerous regulations imposed by Democrats. When crude oil comes from a well, natural gas is a byproduct. If that gas can’t be captured (because it has nowhere to go, like a pipeline), it has to be burned, or “flared”, which is a waste and contributes to greenhouse gas emissions. By opposing the construction of pipelines, environmentalists are contributing to this problem.

When it comes to the transportation sector, fossil fuels provide 94% of the energy used to power the way we move. Electric cars – which consume electricity (which is 61% generated by fossil fuels) – are a very minor part of the overall motor vehicle population – silly Super Bowl ads notwithstanding.

Not to mention, electric cars are EXPENSIVE. An entry model Tesla starts at $35,000, with the most commonly purchased models being over $45,000. To put that in terms of the family budget, a $45,000 loan for 5 years at 8% APR is $912.44 per month. Ouch. There are several other drawbacks to electric cars as well, but that’s enough for me.

As the 2021 Winter Storm Uri and the data above show, Democrats’ dreams of a “carbon-free” future are just childish fantasies. There is no realistic way we can transition our global economy, and our modern way of life, away from 80% fossil fuel use to zero fossil fuel use over a short period of time without developing radical new technologies, radically downgrading our modern way of living and radically transforming our economy, which is based on fossil fuels.

By their actions in working toward the destruction of an industry that literally gives us life, the Democrats have forfeited any moral claim to the governance of a free people.

The modern Left is in thrall to the idea that human activities are causing the climate to change. Back in the 1970s, of course, they were promoting the fear of global cooling. In the 1990s and 2000s it pivoted to global warming. Now, since the real-world results aren’t fitting with their “science”, they’ve settled on “climate change”, which is a great theory since it can be made to fit any set of facts.

Now, I am all in favor of responsible stewardship of our planet, and the efficient and effective use of the resources with which we are blessed. I am in favor of a balanced energy portfolio, with free people investing in and using the energy sources that provide economical, reliable energy. Sure, renewable energy has a place. So does nuclear power. However, it’s not the job of government to pick winners and losers or to penalize one industry in favor of another. It’s an insult to a proud worker in the oil and gas industry to tell him or her they can go to work building solar panels.

It all comes down to elections, and this November, we have the opportunity to partially remedy this situation by voting all Democrats out of office up and down the ballot. There are some fine Republican candidates running for office who deserve our support.

I renew my call to my conservative/libertarian friends to focus on the core values upon which the Republican Party was founded – limited government, fiscal responsibility, and moral certainty – and get away from the personalities and the conspiracy theories. Bring a message to the voters, especially the vast middle group of unaffiliated voters, about the clear benefits of limited, principled government. Talk about how electing Republicans can improve their lives, instead of simply bashing the Democrats (of which I too am guilty).

November is eight months away. Let’s get busy. 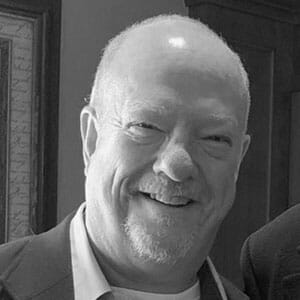