With 70% of millennials extremely likely to vote for a socialist candidate if it releases them from student loan debt imposed on them by a corrupt system, Republicans who want to see capitalism succeed must provide measurable relief in a way that agrees with conservative values.

Forty-five million Americans have managed to amass $1.75 trillion in student loans, accounting for the second largest source of personal debt in the United States after mortgages. And just like the mortgage crisis that preceded it, the student loan bubble is not a product of free market capitalism but rather decades of government involvement that has created an industry immune to any real market pressures, where prices go up every year, and loans are handed out freely to people who will never be able to repay them. Those who responsibly paid their way through school or resigned themselves to lower-paying career choices without a degree have an obvious solution for those who have racked up educational debt: “If you take out a loan, pay it back!”

Unfortunately, the answer to the student loan crisis may not be that simple. Of the $1.75 trillion in student debt, taxpayers are already directly responsible for at least $1.2 trillion of government-issued loans if borrowers default. Much of the remaining hundreds of billions of dollars of student loan debt has been assumed by the private banking industry where this debt has been packaged into financial instruments called SLABS, or student loan asset backed securities. If this term sounds familiar, you might be thinking of mortgage backed securities. It’s unlikely that you’ll ever forget when the true nature of AAA-rated mortgage-backed securities was revealed a decade ago. The Great Recession decimated the global economy, and American taxpayers were forced to bail out the banks to the tune of $633.6 billion, $661 million of which went to Coloradan banks alone. The TARP bailouts enraged Americans and directly led to the creation of the Tea Party movement.

While the banks can repossess houses in default on their mortgages, it’s hard to change the door locks on someone’s diploma. People like Joe Biden had a solution to eliminate this financial risk for the banks, and Joe worked relentlessly from 1978 to 2005 across multiple Democrat and Republican administrations to ensure that it would be nearly impossible for anyone to escape student loan debt through bankruptcy. Joe Biden enabled student loan debt to haunt a person endlessly throughout their life, garnishing wages and even coming for disability and Social Security benefits. Those Social Security benefits are a big deal to people now aged 60 or older who owe $86 billion in student loans. In fact there was a 71.5% increase over the last five years in baby boomers aged 60-69 who have taken on student loans, the largest percentage increase in any age bracket of such debt. This is not just a millennial or Gen-Z problem.

Goldman Sachs loves what they call the SLABS “bubble” saying even though “missed payments dwarf the lending market for housing,” it’s “one segment of the market that’s emerging as an attractive investment.” At least Goldman finds student loan debt attractive, as the just-released 2019:Q4 report from the Fed notes, “Rising delinquencies among borrowers in their 20s and 30s could be related to high levels of student loan debt, which could make it difficult for consumers to afford their bills.” This all sounds so familiar.

During a March 2019 event at the White House, President Trump derided the seedy workings of the higher education system and the more than $35,000 students are now saddled with on average, pointing out that middle-class American families are getting ripped off while tax-exempt colleges with tremendous endowments are making a fortune. He directed the Department of the Treasury and Department of Education to spell out the future earnings and loan repayment rates for every major at every school. More importantly, President Trump ordered the DOE to come up with a plan that requires colleges and universities to “have skin in the game by sharing a portion of the financial risk of the student loan debt.”

These are absolutely some of the common-sense policies that Republicans can confidently support, but the time to support these proposals was years ago, perhaps even in 2015 when Republican Senator Lamar Alexander of Tennessee, as Chairman of the Senate Committee on Health, Education, Labor, and Pensions, laid out these very reforms in his “Risk-Sharing/Skin-in-the-Game Concepts and Proposals” report.

If you want to know the cost of buying votes in 2020, look to a survey from LendEDU where 62% of respondents with student loans would give up their votes to erase their student loan debt. So as we head into an election year where Democratic front-runner Bernie Sanders proudly proposes canceling all student loan debt, it might not be a great idea for President Trump to release a budget proposal that results in headlines that cry out, “Trump looks to kill student loan forgiveness program.”

The Colorado Sun points to a review of government data that shows a $26 billion student loan burden shared by 734,000 Coloradans, and 20,000 rural Coloradans are struggling the most to make those payments at all. Our Republican U.S. Senator Cory Gardner proposes allowing businesses to “make up to $10,000 a year in tax-free contributions to their workers’ student debt payment.” Of course, many would argue that billion and trillion dollar corporations with record profits who manage to account their way into zero and negative tax bills every year ought to provide training for free to create the workforce they need rather than receiving more tax breaks or allowing them to import more H-1B visa holders and their H-4 spouses that compete with American college graduates for jobs. In the House, our U.S. Representative Ken Buck, also chair of the Colorado Republican Party, in one breath decries the D.C. swamp that votes to benefit major corporations, but then turns around and leads a majority of House Republicans and Democrats to vote to approve HR. 1044, “a green card giveaway for 300,000 Indian workers that allows India to effectively monopolize the U.S. green card system for at least the next ten years.” The U.S Chamber of Commerce, Koch brothers, and lobbyists for big business like IBM and HP, tech companies like Microsoft, Amazon, and Facebook, and Indian outsourcing firms like Cognizant were all very happy with Rep. Buck’s performance to the great detriment of American workers. In a definite defiance of Trump’s “America First” policy, it looks like the swamp has claimed another one.

With 70% of millennials extremely likely to vote for a socialist candidate if it releases them from  the debt imposed on them by a corrupt system, Republicans who want to see capitalism succeed must provide measurable relief in a way that agrees with conservative values. Uncorrected, student loan debt will keep young people from buying homes and cars and having families or ever retiring and that’s only if they are able to survive the mental anguish of never being able to escape this debt. Before another TARP-style bank bailout for student loans is forced upon us again without consent, we must reform the student loan system in a way that ensures the viability of generations of Americans to come. 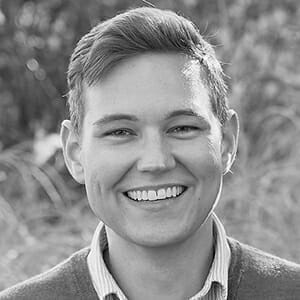 I was born too late to experience the days of vast American exceptionalism. I’ve grown up in the shadow of politicians, bureaucrats, and interested parties supervising the managed decline of America. They’ve corrupted the republic to ensure a few got rich while the rest, and our country itself, became enslaved to debt. I’ve watched as an unelected permanent government, lurking in the darkness, has subverted the will of the people and trampled the rights endowed to us by our founding fathers. I remained optimistic, thinking change was right around the corner and American greatness would again reign supreme. I’ve given smooth talking hucksters a chance, only to be disappointed as the truth was revealed. I’ve felt the hope of my fellow Americans turn to despair. I’m a nobody, like almost everybody else. But I can’t remain quiet any longer. I seek to give a voice to the rest of us.