What’s Going on In Education?

In her essay, What’s Going On in Education, Director of Government Relations for Christian Home Educators of Colorado Carolyn Martin discusses key concerns regarding children’s education in America today. Carolyn notes that state standards and data collection really are based on an agenda of more and more control by the state and less parental control of their children. Carolyn explains steps that parents can take to reclaim their children’s education.

The founding generation of our country would be astonished and marvel at the innovations that have taken place over the past 250 years. From steam engine trains to motor cars to airplanes to space rockets. From electricity to telegraphs to wired telephones to personal computers to phones on your wrist. And the list could go on and on. But when it comes to education and its development into an industrialized system, the reaction would probably be one of shock and dismay.

The bringing up, as of a child, instruction; formation of manners. education comprehends all that series of instruction and discipline which is intended to enlighten the understanding, correct the temper, and form the manners and habits of youth, and fit them for usefulness in their future stations. To give children a good education in manners, arts and science, is important; to give them a religious education is indispensable; and an immense responsibility rests on parents and guardians who neglect these duties.

The transformation of how Americans educate their children into what we know today as the public education system began with men who desired to bring socialism to our country.[1] As we’ve ushered in the 21st century, it is the United Nations (UN) that provides the vision for the continued development of the education system. Since the mid-twentieth century, the UN has been telling the world that education is a human right for all throughout life.[2] Through the UN Agenda 2030’s Sustainable Development Goal 4 (SDG4)[3], the UN pushes education for sustainable development and global citizenship. Despite its altruistic sounding goals, Agenda 2030 is a roadmap to global socialism.[4] Our children’s hearts and minds are being molded to adapt the beliefs, values, and attitudes that will enable the UN’s vision to become reality.

Though state standards in Colorado began in 1993, it wasn’t until Common Core State Standards (CCSS) hit the scene that standards began to be the driving force behind universalizing education across the nation. Colorado adopted CCSS, which covers math and English language arts, in 2010.[5] Since then, Colorado has adopted additional standards that should be of concern to all parents because of their effect to bring division into the family and to promote a socialist worldview.

All these state standards are mandated for every public school in Colorado. Every one of these programs takes time in the school day away from teaching the basics of reading, writing, and arithmetic. Other state or federally mandated programs require public schools to hire additional personnel like social workers and counselors whose actions place wedges between children and their parents.

The Colorado Constitution states that school boards “shall have control of instruction in the public schools of their respective districts.”[13] The hope has been that local communities would set the standard of instruction for their students based on their unique community needs. But, with the advent of state and federal standards which are tied to massive amounts of funding, school districts would have to take a pass on gobs of money in order to exercise their authority. Currently, total state funding for school districts ranges from $8,489 to $19,536 per student[14], depending on where you live.

Connected to those monies are not only standards but assessments and data collection. This legislative session a bill was passed into law to administer the Colorado Universal Preschool Program and move all early childhood programs into the Colorado Department of Early Childhood (CDEC).[15] It gives CDEC the authority to collect data “to monitor early childhood outcomes throughout the state, which must include outcomes in health, including physical, social-emotional, and dental; learning; and overall well-being” with the goal of evaluating “long-term outcomes.”

During the debate on the bill, it became clear that the bill gives the state the authority to begin collecting data on every child beginning at preschool age in the state. It won’t happen right away because they lack the infrastructure or the money for such a program. The most coveted data will come from the SEL programs which are included in every level of education. SEL assesses each student’s beliefs, values, and attitudes and will eventually feed into the destructive Environmental Social and Governance (ESG) scores used to control everyone’s behavior.[16]

Being able to direct your child’s education is essential if indeed you believe as our founders did that the responsibility and the duty to educate children falls squarely on the shoulders of parents. However, advocates who are pushing for government funding to “follow the students” instead of funding the schools through school choice initiatives are ignoring the clear goals of those driving the education industrial complex. Their goal is to have the government fund all education through public schools and Public Private Partnerships (PPPs), whether it be with private non-profit organizations or families themselves, thereby controlling all forms of education through government regulation.

Currently, parents can choose to educate their children through public schools, private schools, or homeschools. Charter schools are essentially public schools. All the things that make charter schools different and attractive to parents depend on the benevolence of elected officials – state board of education members can grant waivers from standards and legislators have passed laws to give more autonomy in how these schools operate. Private schools are not immune from government regulations. They get pulled into federal mandates when they accept federal grant money through the Every Student Succeeds Act (ESSA).[17] Homeschools can get pulled into government oversight when families choose to participate in part-time public-school programs.

What Can Parents Do?

Bring their children home to educate them. – www.CHEC.org/start

Educate themselves and others about the dangers and influences in our American education system. – chec.org/freedom 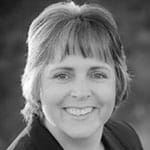