Kevin Lundberg, former Colorado State Senator, joins Kim for a look back at the 2022 legislative session. Documentary producer David Tice joins Kim to promote his documentary, Grid Down, Power Up.

Kevin Lundberg, former Colorado State Senator, joins Kim for a look back at the 2022 legislative session. 657 bills were introduced. Add on the resolutions and the total is 717. Lundberg and Kim look at bad bills passed. From Lundberg’s May 14th newsletter, The Lundberg Report:

It will take me a while to process all that happened in the 2022 session,  but please note that all of the  “good” bills on my list were killed in committee, and the vast majority of big, bad bills are now law, or on their way to the governor’s desk for his signature.

I said the following last week, but it bears repeating:

This list is a stark reminder that Polis has created in Colorado the most liberal, socialistic policies we have ever suffered under. He has tried to present himself as a moderate Democrat, but in reality he has fundamentally transformed our state government with radical policies that strip away our freedoms and set in place budgets that cannot be sustained, programs that put the government in charge of families, businesses, children, and every other aspect of our lives.

It should also be noted that their “green” energy policies will bankrupt our economy by destroying our base energy sources and drive the cost of alternative energy way beyond what market forces would dictate if the government would stop these command and control policies.

And, the values he is forcing on our schools, young children and families is destroying the moral fiber of our state. They are rewriting history and bringing in a woke philosophy to every aspect of our culture. Do not accept these radical changes. Get involved and spread the word.

Listen to Kim and Lundberg discuss the best and worst bills of the session in the first hour.

Grid Down, Power Up

Documentary producer David Tice joins Kim to promote his documentary, Grid Down, Power Up. The threat of America’s power grid going down due to catastrophic failure, intentional sabotage, or natural event is an ever-present danger. America must take this threat seriously. Listen to the interview in the second hour. 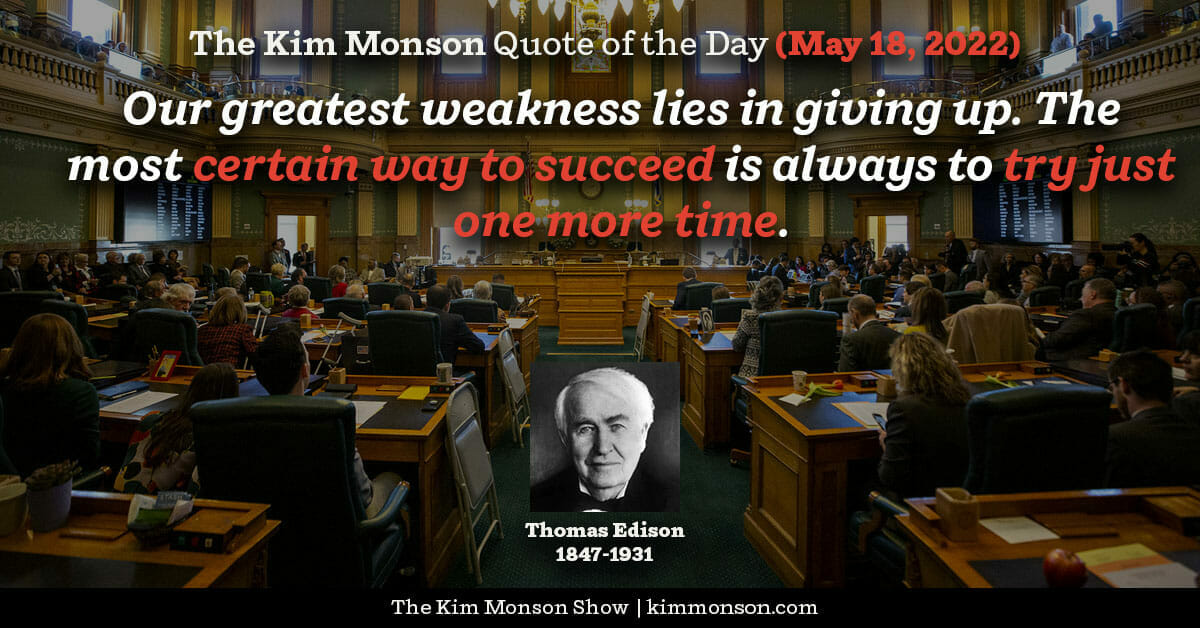 PrevPreviousKristi Burton Brown on the Challenges to Colorado’s Open Primaries
NextLOCKDOWN: The Socialist Plan to Take Away Your FreedomNext