Ben Martin presents the second lecture of his history series, The Essential Founding Fathers. In this month's lecture, Martin focuses on the achievements and partnership of Benjamin Franklin and George Washington. This series is made possible by the support of Susan Harris and the Harris Family.

Thank you to the Harris Family for sponsoring this show

Historian Ben Martin presents the second lecture in his history series, The Essential Founding Founders. Martin, thanks to the sponsorship of Susan Harris and the Harris Family, is now in the fourth year of educating Kim Monson Show listeners on the history and significance of America’s founding and the principled men and women who forged the path that allows Americans to pursue life, liberty, and happiness.

In today’s show, Martin focuses on Benjamin Franklin and George Washington. The focus is on Franklin and Washington’s partnership, which led to remarkable achievements for both men and the causes they championed.

Revolutionary Characters: What Made the Founders Different

In this brilliantly illuminating group portrait of the men who came to be known as the Founding Fathers, the incomparable Gordon Wood has written a book that seriously asks, What made these men great, and shows us, among many other things, just how much character did in fact matter. The life of each, Washington, Adams, Jefferson, Franklin, Hamilton, Madison, Paine, is presented individually as well as collectively, but the thread that binds these portraits together is the idea of character as a lived reality. They were members of the first generation in history that was self-consciously self-made men who understood that the arc of lives, as of nations, is one of moral progress.

Benjamin Franklin is the founding father who winks at us, the one who seems made of flesh rather than marble. In a sweeping narrative that follows Franklin’s life from Boston to Philadelphia to London and Paris and back, Walter Isaacson chronicles the adventures of the runaway apprentice who became, over the course of his eighty-four-year life, America’s best writer, inventor, media baron, scientist, diplomat, and business strategist, as well as one of its most practical and ingenious political leaders. He explores the wit behind Poor Richard’s Almanac and the wisdom behind the Declaration of Independence, the new nation’s alliance with France, the treaty that ended the Revolution, and the compromises that created a near-perfect Constitution.

In this colorful and intimate narrative, Isaacson provides the full sweep of Franklin’s amazing life, showing how he helped to forge the American national identity and why he has a particular resonance in the twenty-first century.

Theirs was a three-decade-long bond that, more than any other pairing, would forge the United States. Vastly different men, Benjamin Franklin—an abolitionist freethinker from the urban north—and George Washington—a slavehold­ing general from the agrarian south—were the indispensable authors of American independence and the two key partners in the attempt to craft a more perfect union at the Constitutional Convention, held in Franklin’s Philadelphia and presided over by Washington. And yet their teamwork has been little remarked upon in the centuries since.

Illuminating Franklin and Washington’s relationship with striking new detail and energy, Pulitzer Prize–winning historian Edward J. Larson shows that theirs was truly an intimate working friendship that amplified the talents of each for collective advancement of the American project.

After long sup­porting British rule, both Franklin and Washington became key early proponents of inde­pendence. Their friendship gained historical significance during the American Revolution, when Franklin led America’s diplomatic mission in Europe (securing money and an alliance with France) and Washington commanded the Continental Army. Victory required both of these efforts to succeed, and success, in turn, required their mutual coordination and cooperation. In the 1780s, the two sought to strengthen the union, leading to the framing and ratification of the Constitution, the founding document that bears their stamp.

Franklin and Washington—the two most revered figures in the early republic—staked their lives and fortunes on the American experiment in liberty and were committed to its preservation. Today the United States is the world’s great super­power, and yet we also wrestle with the government Franklin and Washington created more than two centuries ago—the power of the executive branch, the principle of checks and balances, the electoral college—as well as the wounds of their compromise over slavery. Now, as the founding institutions appear under new stress, it is time to understand their origins through the fresh lens of Larson’s Franklin & Washington, a major addition to the literature of the founding era.

Small businesses are the foundation of the American economy and community banks are the lenders that help entrepreneurs pursue their dreams. Thank you to First American State Bank for their sponsorship/partnership! 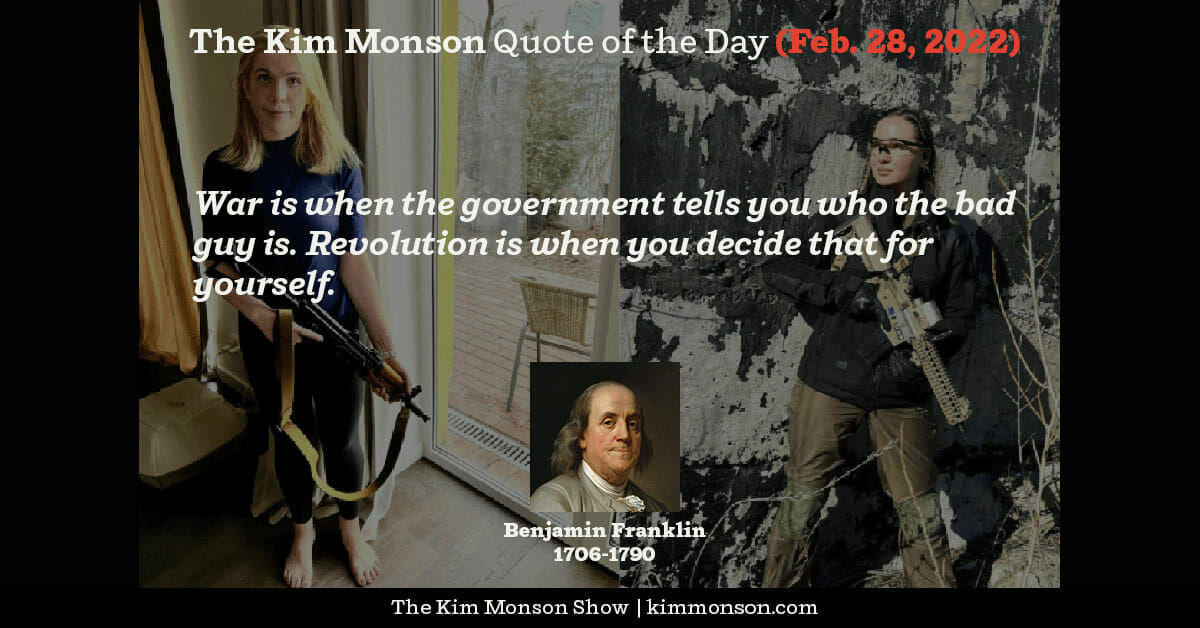