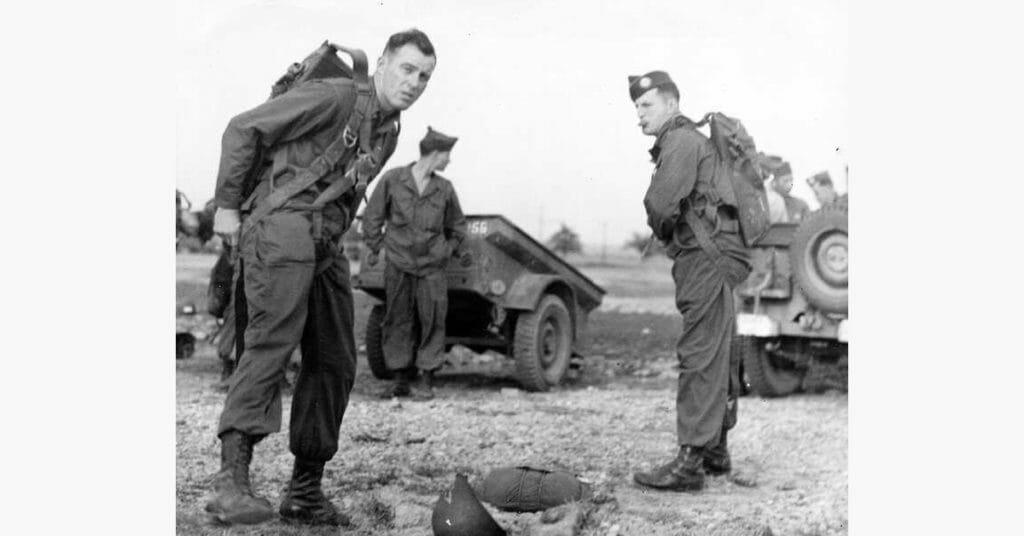 Dallas, Texas boy Jody Lander was drafted into the Army in 1943. Jody volunteered to become a paratrooper because he thought it would be exciting. 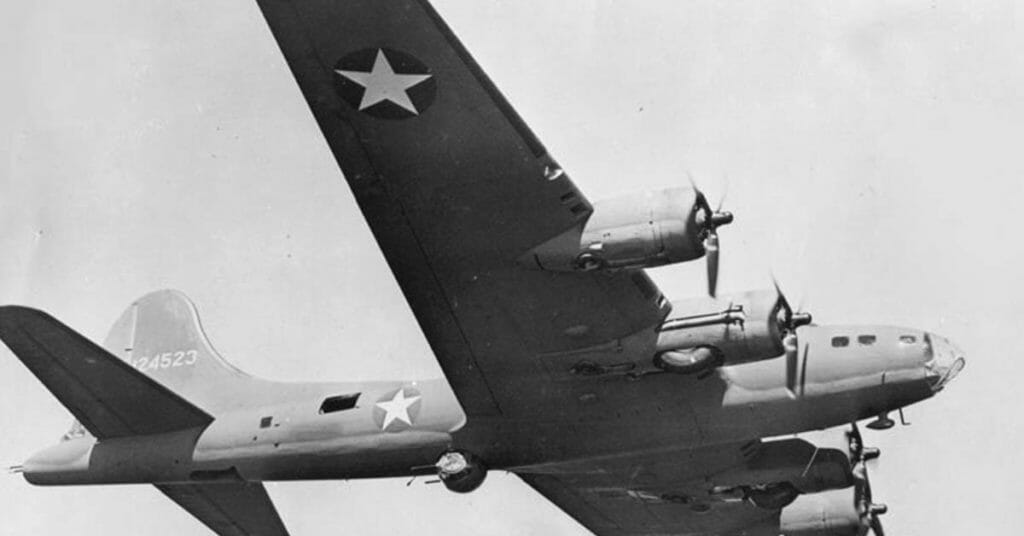 WWII Veteran Hugh McGinty flew 26 credited missions as a tailgunner on a B-17 Bomber during WWII. 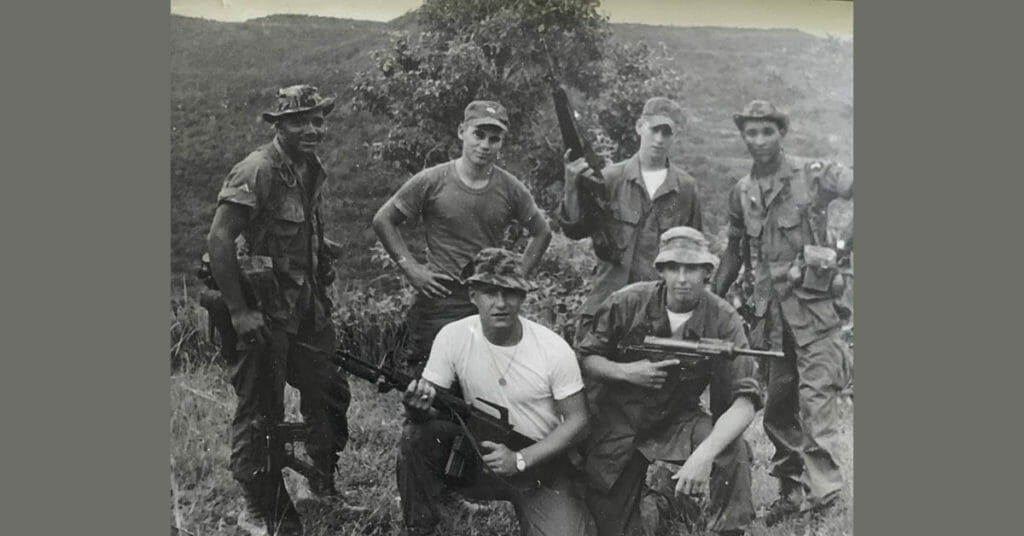 Stephen Chiles liked adventure so much he dropped out of college and enlisted in the Army. In June of 1966, Stephen was headed to Vietnam. 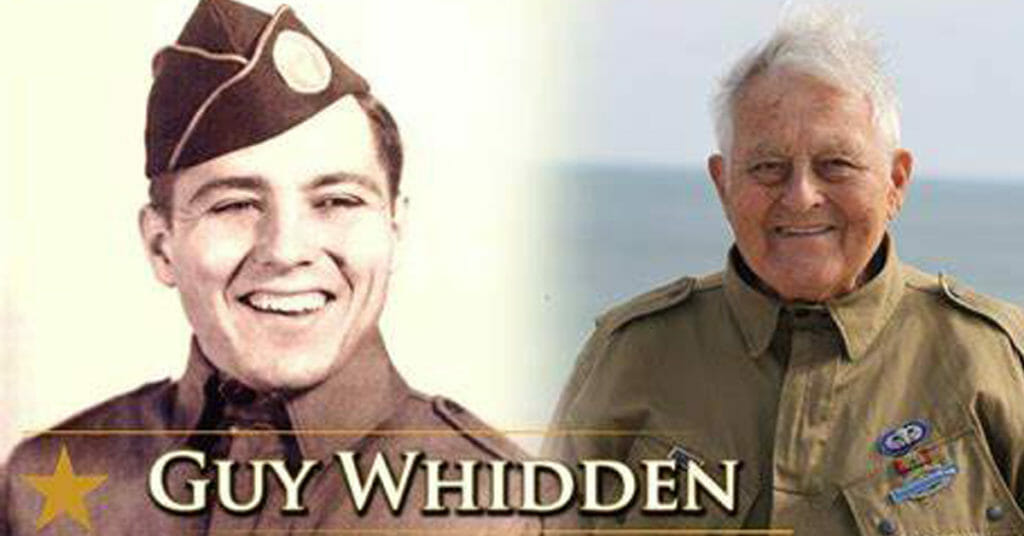 Guy was a paratrooper with the 101st Airborne who jumped in behind enemy lines on D-Day, June 6, 1944. 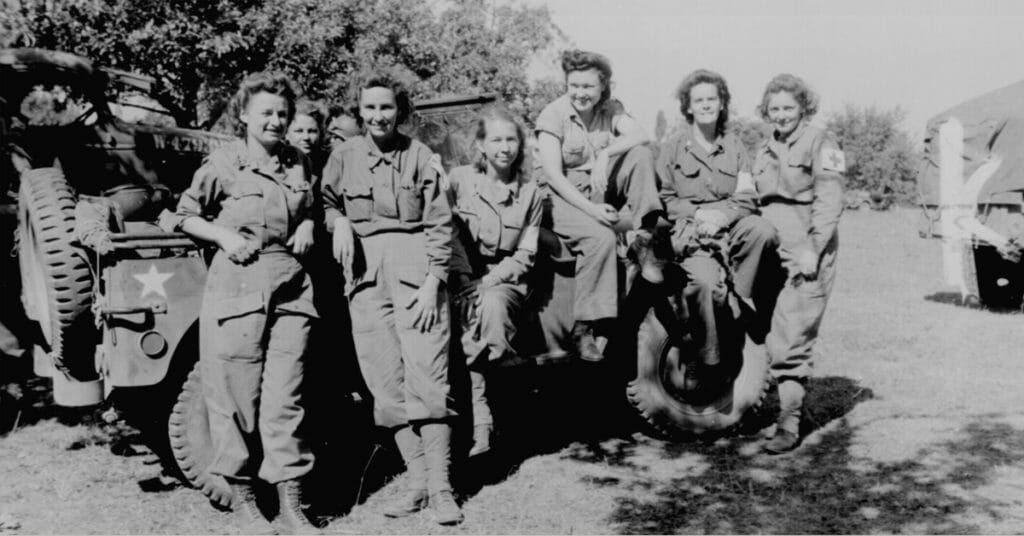 Saving lives. That was WWII Army nurse Leila Morrison’s job. Leila will turn 98 this year and is so grateful for our freedom. 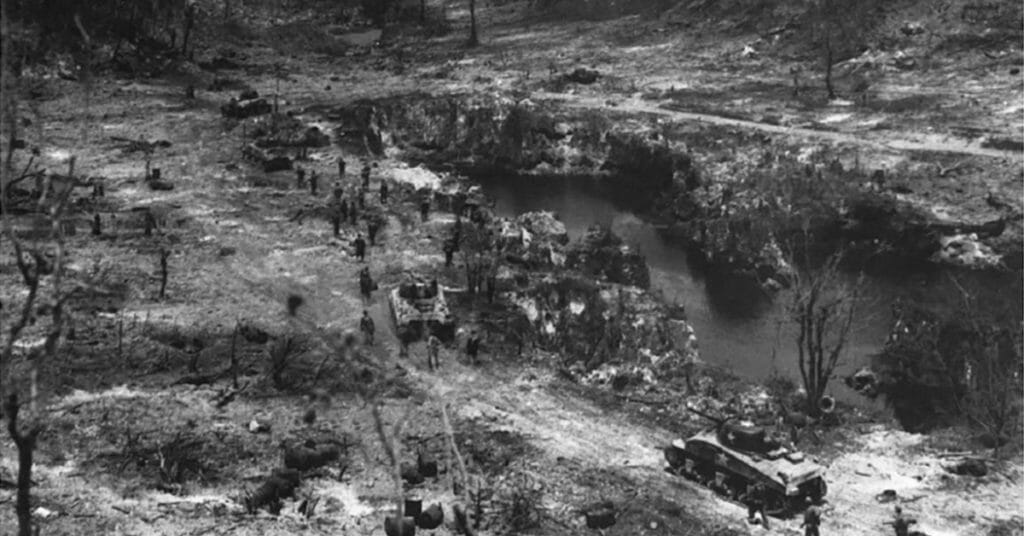 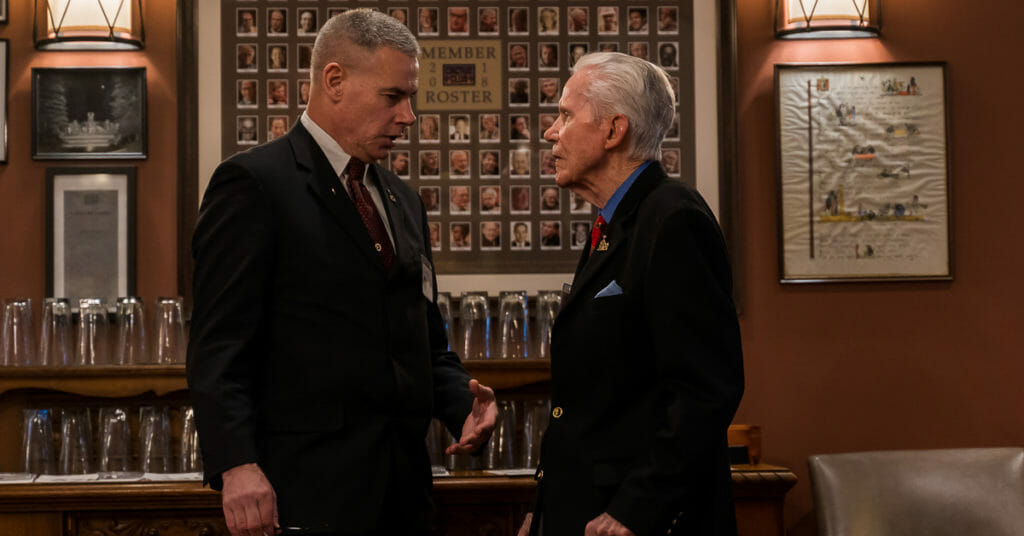 Marine Jim Blane was just a kid when he landed on the shores of Iwo Jima for the battle. 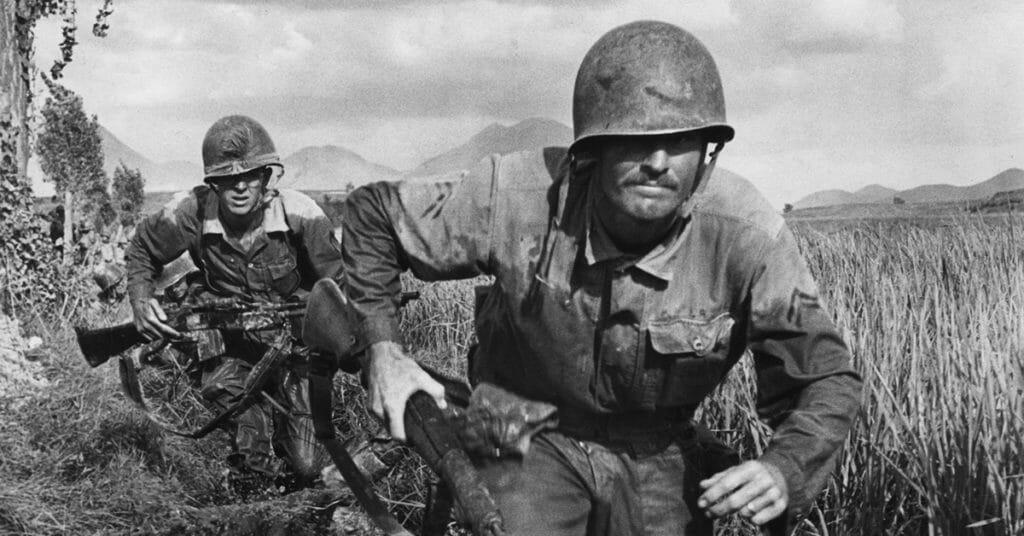 USMC Korean War veteran Bob Murphy discusses his experiences in the Korean War and his struggles with PTSD. 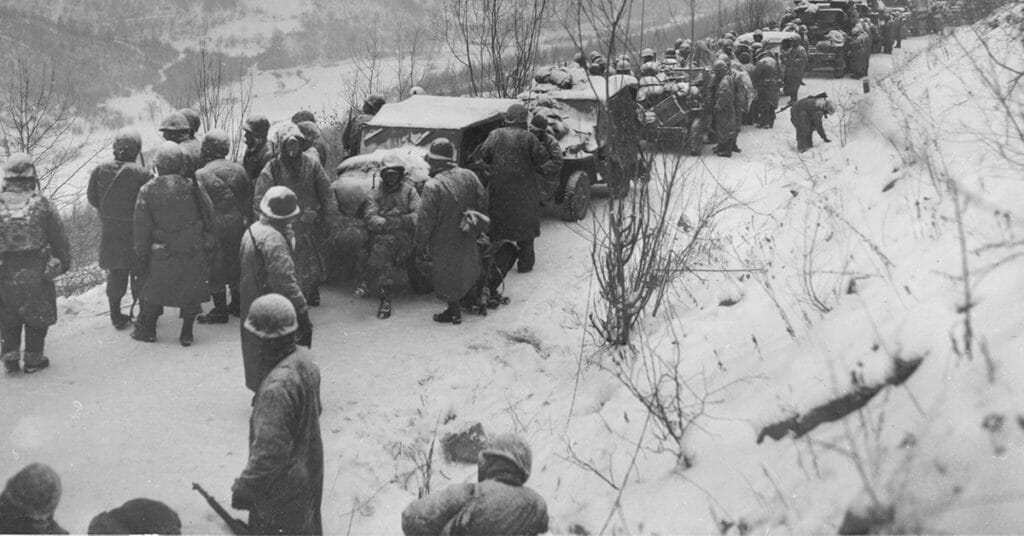 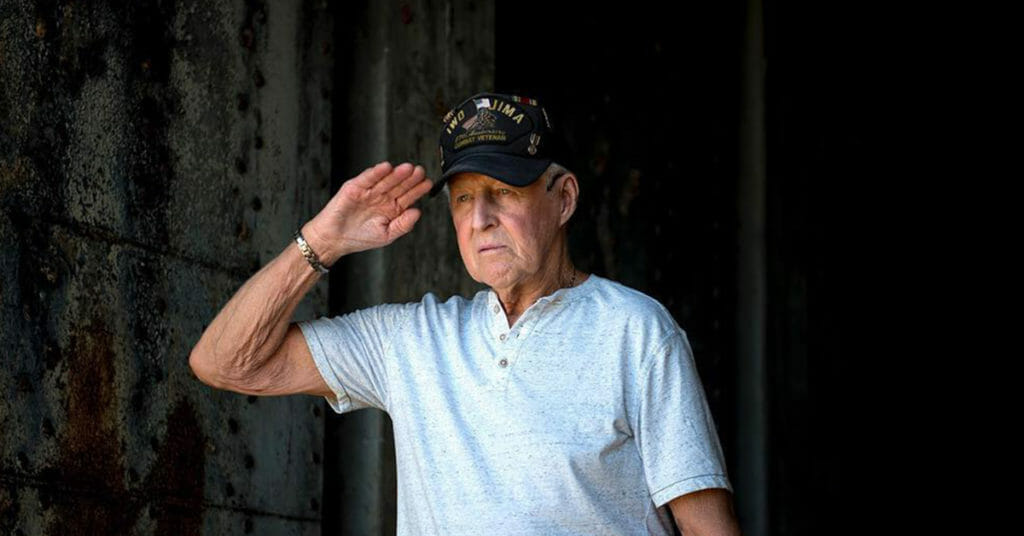 Ronald “Rondo” Gilbert Scharfe, snagged some blank baptismal certificates from the Church where his sister was being married so that he could convince the U.S. Navy that he was seventeen. 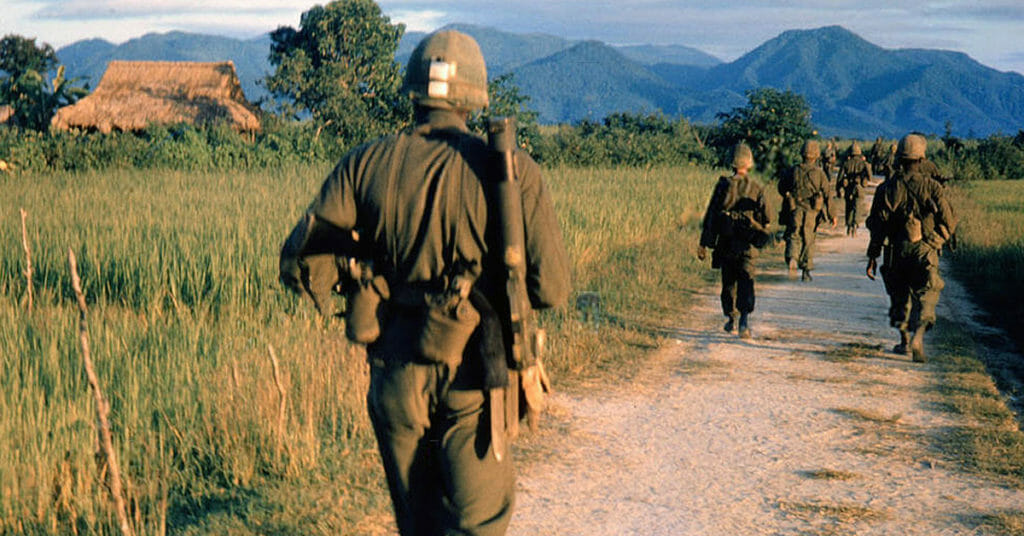 It was the unthinkable: to be commanded to leave a fallen soldier behind. Sunday Kim talks with Marine Captain Doug Chamberlain about his book, “Bury Him: A Memoir of the Vietnam War.” 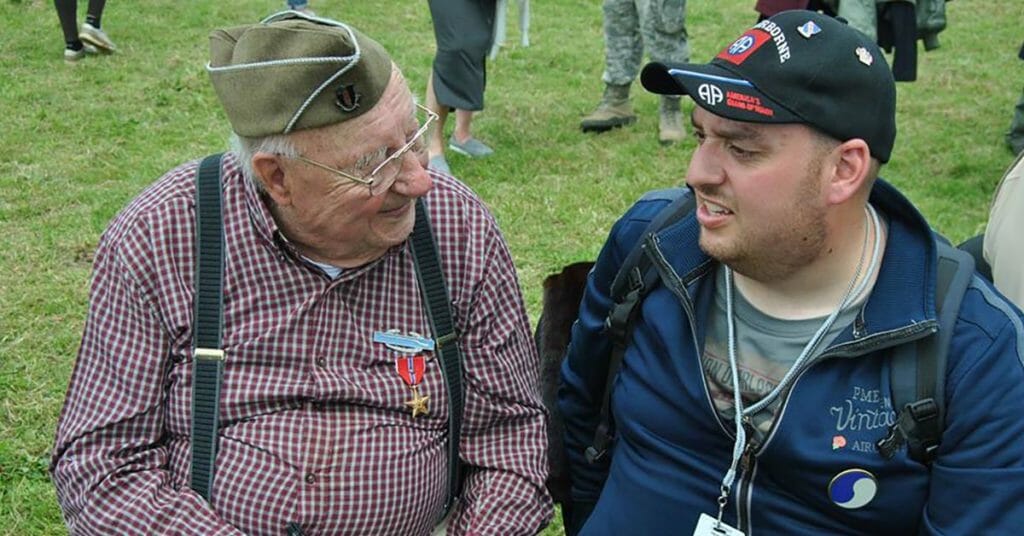 Ralph Peeters grew up in The Netherlands and developed a deep love for the American Soldiers of WWII who liberated Europe. 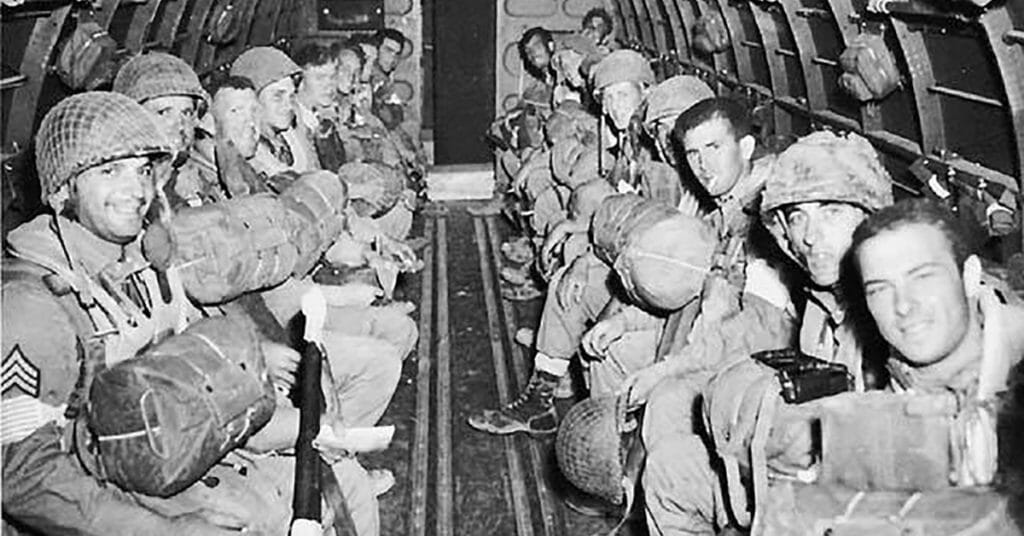 Texas A & M student, Jody Lander, was drafted in June of 1942 and became a paratrooper with the 82nd Airborne. 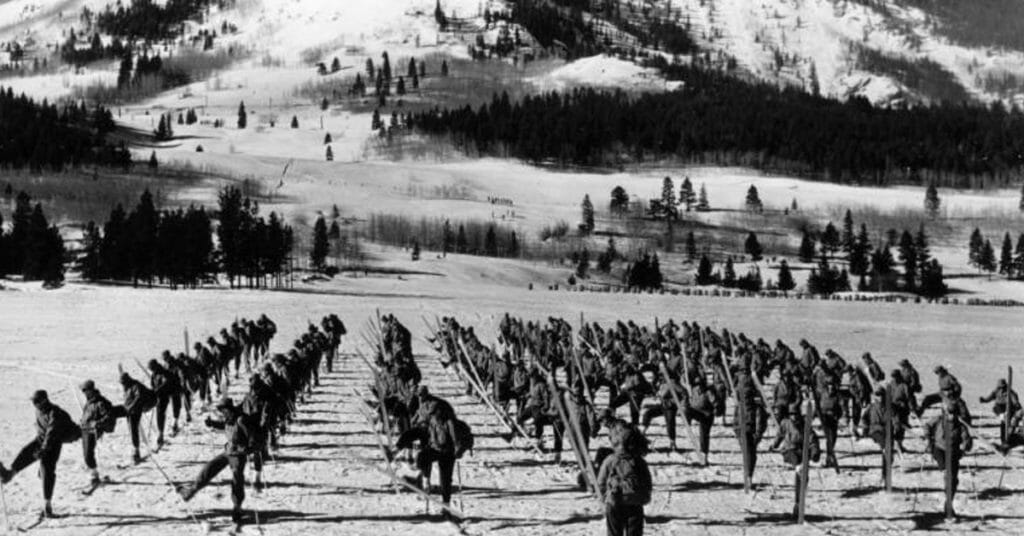 We are excited to finally broadcast Sydney Williams and the story of his parent’s correspondence during WWII. In his book, Dear Mary, Letters Home from the 10th Mountain Division (1944-45). 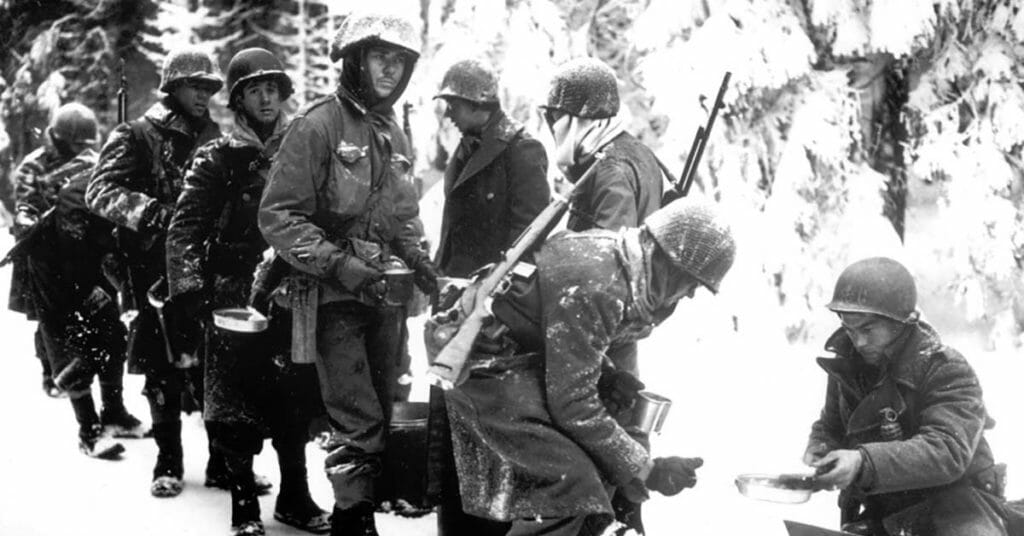 Christmas seventy-five years ago 500,000 Allied soldiers fought a 40-day battle to prevent Hitler from reaching fuel supplies at Antwerp, Belgium. History knows it as the Battle of the Bulge. Wayne Field was one of those young soldiers who fought in this epic battle. 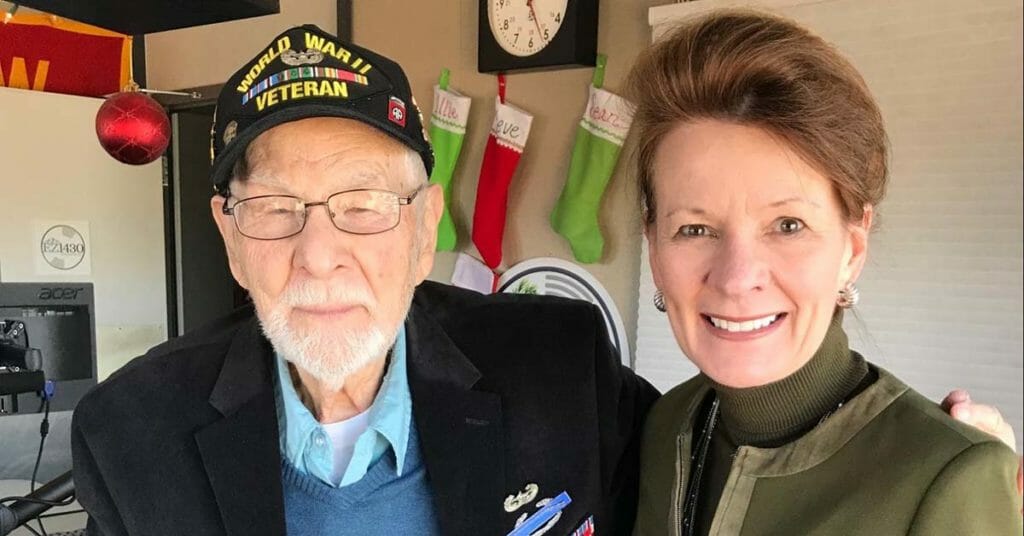 Seventy-five years ago on December 16th, 1944, Hitler made his final push in the Battle of the Bulge. Young Lou Zoghby, 17th Airborne, 194th Glider Infantry, F Company fought in this epic 40-day battle. 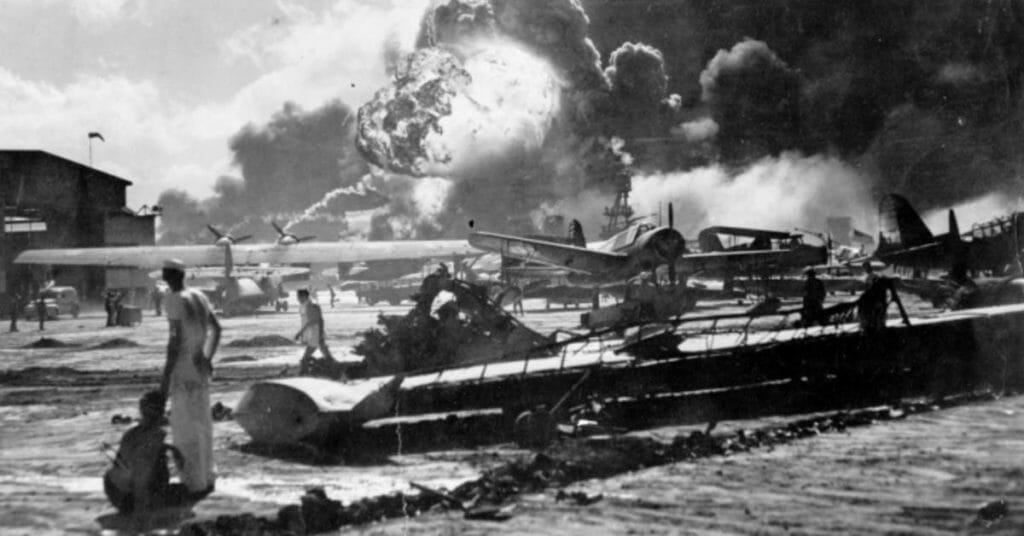 The Battle of the Bulge began seventy-five years ago on December 16th, 1944. The 99th Division had 20 miles of line to defend as Hitler was making his final push in WWII. Alfred Bucci served with 99th Division headquarters communications team. 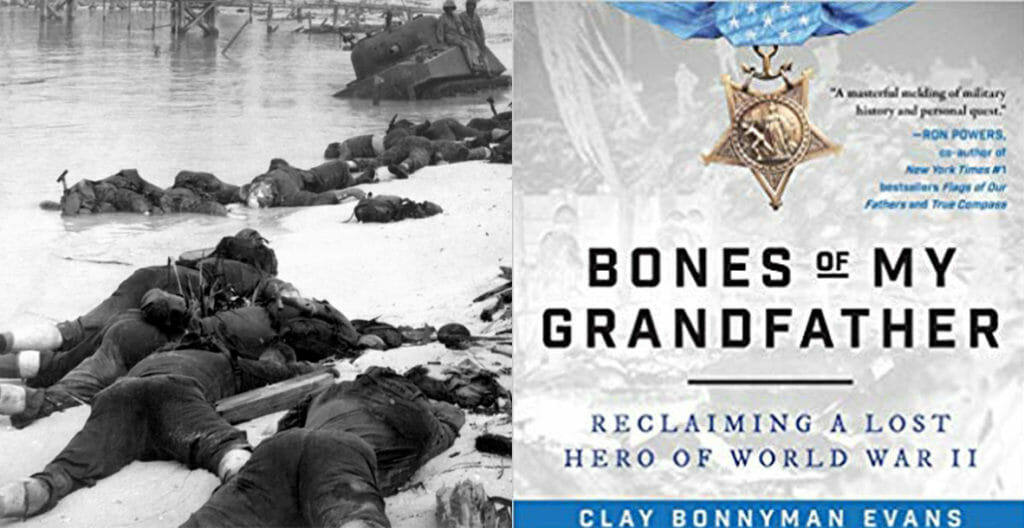 Clay Bonnyman Evans’ grandfather, Alexander “Sandy” Bonnyman Jr. (May 2, 1910 – November 22, 1943) was a United States Marine Corps officer who was killed in action on Betio Atoll in the Gilbert Islands during World War II. Sandy Bonnyman’s bones lay buried under the sand of Tarawa for over 70 years.

The Amazing Story of Augusta Chiwy 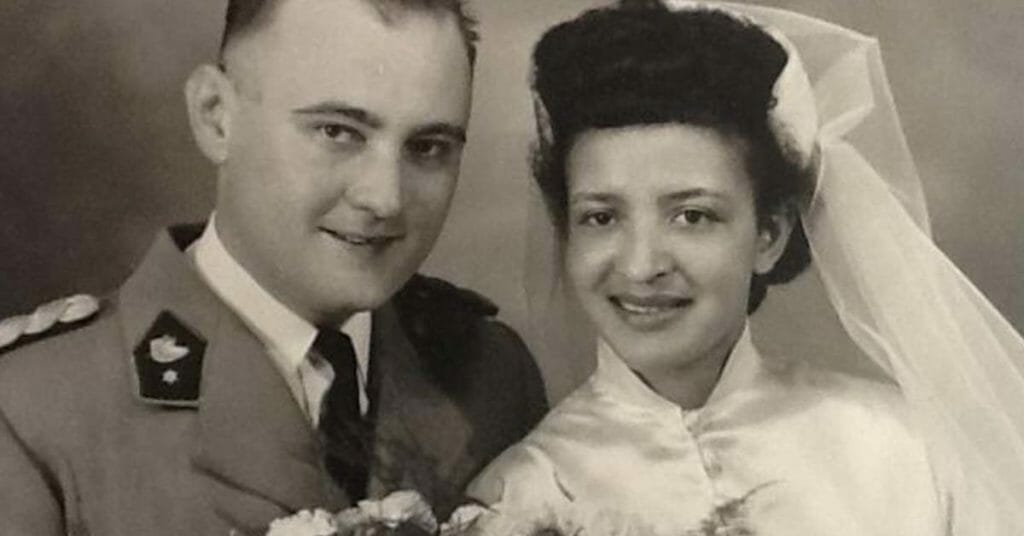 Military historian and author Martin King joins Kim to share the story of Augusta Chiwy and his own story as he sought to find her decades after the end of World War II. 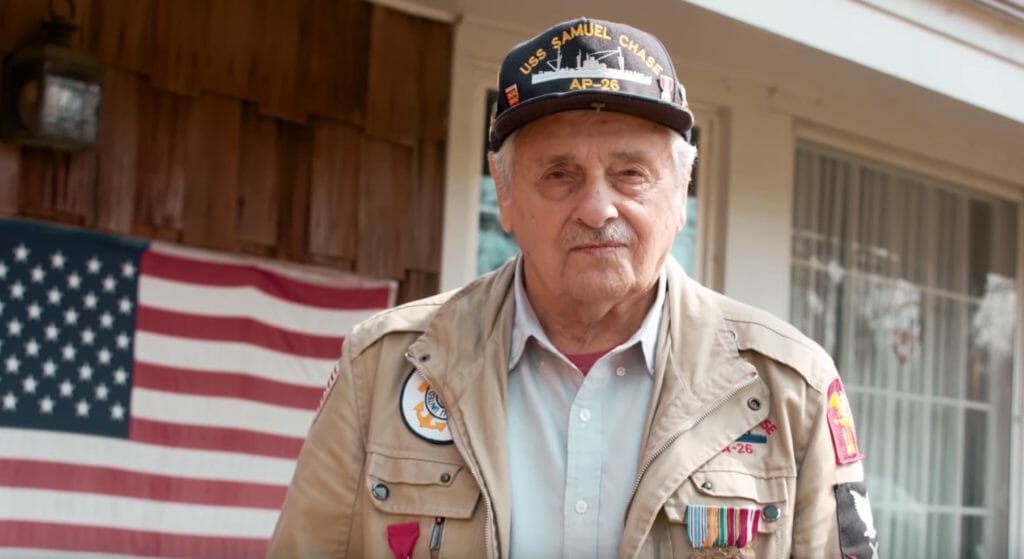 WWII Veteran Frank DeVita joined the Coast Guard to serve our country. He ended up as a ramp operator on a Higgins Boat landing craft on the first wave of soldiers landing at Omaha Beach in Normandy on D-Day. 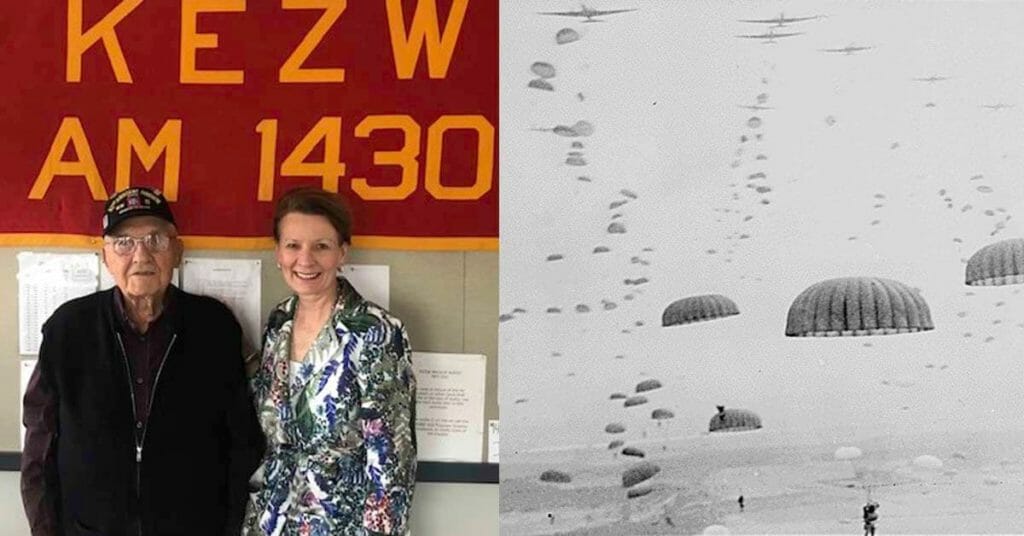 Kansas farmboy and WWII Veteran, Richard Rohleder, recently traveled back to the Netherlands for the 75th anniversary of Operation Market Garden. 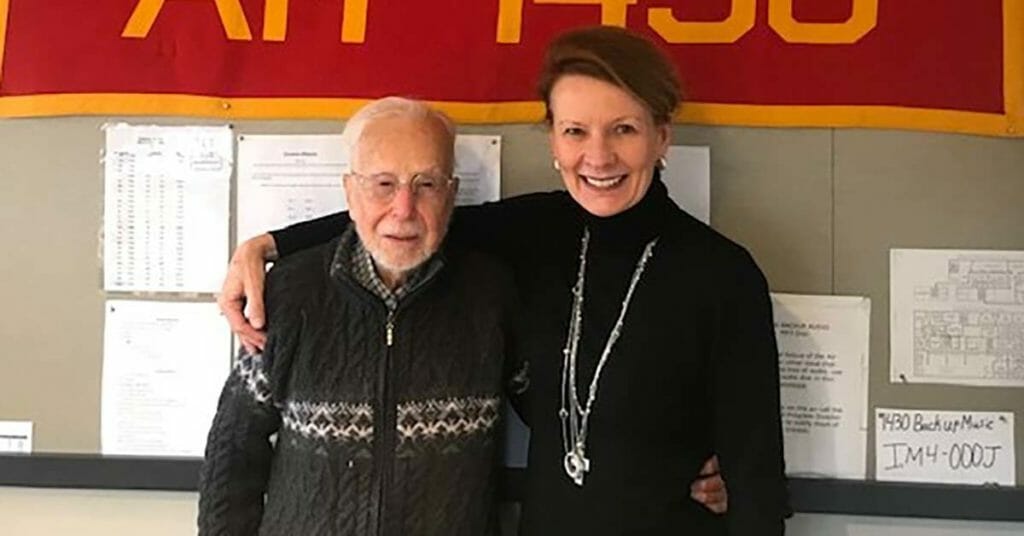 WW II Veteran, Dr. Ken Isaacs, will turn 100 in 2020. Dr. Isaacs served in dual roles in WWII, one as a rifleman and two doing administrative work behind the lines.