Important Speeches and Documents in the Formation of America: George Washington as President

Historian Ben Martin continues his Important Speeches and Documents in the Formation of America series with George Washington as President.

Today we continue with our 2020 Program called ‘Important Speeches & Documents of the American Founding,’ with our 3rd Presentation entitled ‘Washington as President.’

As we discussed during last month’s presentation, this new program will include one presentation each month, from January through December of 2020. Each program will be focused on a major figure, such as George Washington, The Father of our Country, or Abraham Lincoln, The Father of our 2nd Founding; or a major event, such as the Revolutionary War, the Declaration of Independence, the Constitution, the Ratification of the Constitution, or Slavery.

In each of these presentations, we will discuss some of the important Speeches and Documents produced by the principal player(s) in conjunction with or in the furtherance of the significant events of that period. It is also relevant to understand the environment under which the principal players produced those important speeches & documents. What were the dangers they faced, what were the surrounding conditions, what were the stakes!?! By so focusing our presentations, we will be better able to know the significant events, and understand the courage it took to speak or write, and/or take their actions, and how they helped to influence or effect those events, and more importantly, to understand why those events were important then and are still important today.

This is how we become American Patriots or maybe better American Patriots.
First, let us set a common understanding of Patriot. A ‘Patriot’ is a person who loves their country. James Wilson, an important Founder who signed both the Declaration and Constitution, and later became a Justice on the 1st U.S. Supreme Court, famously said words to the effect – before something can become an object of your heart, it must first become an object of your head. In other words, one must truly know something before he can truly love it.

The vast majority of us Americans are rational & open-minded, and when we are able to better know the amazing Founding Heritage we have been given, when that Heritage becomes a prominent object of our mind, it will, without fail, soon become a prominent object of our heart, and we will become a true American Patriot. Another important benefit of this knowledge & understanding of our Founding Heritage, most eloquently spoken by James Madison, our 4th President, and most famously known as the Father of our Constitution, goes like this – ‘A well-instructed people alone, can be permanently a free people.’ Do not we all want to be a ‘permanently free people!?!’ Of Course we do!!!

This 3rd Presentation in this Program of Important Speeches and Documents of the American Founding is focused on George Washington, The Father of Our Country, as President! It is the 3rd of a series of 3 Presentations focused on him.

a. The first event in this presentation is Washington’s 1st Inaugural Address, 30 Mar 1789, after he was elected unanimously as the
1st President of the United States of America.

b. The 2nd event is Washington’s Farewell Address. It occurs , near the end of his 2nd Term as President. It is significant in that Washington, for the 2nd time, voluntarily relinquished the enormous power he held, thus ensuring the American Republic would not turn into a tyrannical government, while setting the example for all US Presidents, and providing priceless advice to all future generations.

c. The 3rd event occurs is the famous Official Eulogy to Washington, delivered by Gen Henry ‘Lighthorse Harry’ Lee. A remarkable tribute to ‘The Father of our Country.

d. The 4th and last event is another eulogy to Washington, delivered on the 110th Anniversary of his birth, by a young Abraham Lincoln, who would follow in Washington’s footsteps, as The Father of America’s 2nd Founding. 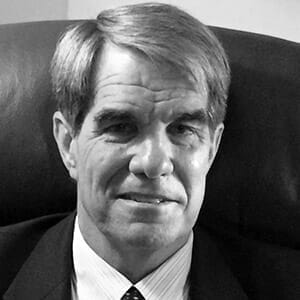