Colorado's HB 20-1149 is presented as a bill to allow 16 year olds to vote. Patti Kurgan explains how the bill's real agenda is to buy votes.

Vote buying. In the old days, votes were bought via a few drinks at the local tavern. Today we typically think of vote buying as a group of well-connected individuals, usually lobbyists, exerting pressure on legislators to direct, support and vote for a specific public policy action. Many of these lobbyists dangle donations to politicians based on the legislator’s anticipated vote relative to specific legislation. Major policy and budgeting issues revolve around education, employment, labor, energy, environment, transportation, healthcare and immigration, to name a few. But is there an even more subtle vote buying strategy occurring in Colorado today?

As a public policy researcher, I was surprised to find that many of the bills proposed under Colorado’s Golden Dome seem to be directed to a special interest group rather than practical and responsible policy for the state of Colorado. What would motivate legislators to bring forth some of these bills? Let’s take a look at HB 20-1149, Concerning Participation in School District Elections by Individuals at least Sixteen Years of Age. Is this legislation being introduced to buy votes? Are there lobbyists working with the sponsors of this youth voting bill?

It’s hard to believe that the constituents in legislator’s districts believe that this is a top priority. This is a tactic for the sponsors to gain the advantage of the youth vote. Granted, there is no money involved as a means of persuasion; however, the politician is attempting to “buy” the vote via policy to attract future voters. Proponents want to get the attention of kids so that these young voters become “lifers” to a specific political ideology. If HB20-1149 does become law, many of these youthful voters who have no life nor financial experience will most likely vote for the politicians who voted in favor of this bill as a thank-you. This dilutes the vote of every day, hard-working adults who are creating jobs and paying taxes.

But the Overton Window can both shift and expand, either increasing or shrinking the number of ideas politicians can support without unduly risking their electoral support. Sometimes politicians can move the Overton Window themselves by courageously endorsing a policy lying outside the window, but this is rare. More often, the window moves based on a much more complex and dynamic phenomenon, one that is not easily controlled from on high: the slow evolution of societal values and norms.

In Section 3 of this bill, “Persons sixteen years of age or older are of full age. Notwithstanding any other provision of law, every person is deemed to be of full age at the age of sixteen years of age or older for the specific purposes of preregistering, voting, serving as a student election judge, signing of an affidavit, or completing any other act authorized or required by this code without the consent of participation of a parent or guardian.” This bill is granting rights to persons aged 16 and above that have not been granted voting rights before and is classified as “full age.” The window is moving. Will we soon see bills extending voting rights to all state elections to this youthful group if this bill passes? An idea that five years ago was not even discussed has the possibility to become law this year. This is part of the shift towards progressive policies intertwining itself into the state of Colorado.

Policy, votes, and dollars do not come about only in legislation. My series on corporate welfare detailed a portion of the $1.4 plus billion that the state of Colorado, through the Office of Economic Development and International Trade, has extended to corporations via investment tax credits, job training tax credits, new employee tax credits, employer-sponsored health insurance tax credits, etc. It is perplexing that the state continually cries for more taxpayer money and yet the state can hand out these funds to businesses, mostly large corporations. There is no reason for state government to be involved in the consumer goods, communications, technology, retail, beer, fast food, etc. industries and, in essence, the state government picking winners and losers. Unless there is an underlying reason.

The state, county and city politicians who have an awarded corporation in their jurisdiction will benefit from an open-door policy. As a recipient of tax-payer money, surely the chosen corporation will welcome these politicians through the door as a benefactor. Most politicians would never deny the opportunity to converse with a high-profile organization within their district. Politicians, Bureaucrats and Special Interests (PBIs: legislators, government departments and entities within industries) form an invisible and long-lasting relationship to the detriment of most constituents. These PBIs regularly interact and exchange ideas with one another and network together in order to gain support for their preferred policies. In contrast, it has been documented that most constituents never hear from their representative directly after contacting the representative’s office. A select few may receive a response via a “form” letter or email.

Are PBIs attempting to buy votes during this legislative session with the proposal of HB20- 1149? Definitely yes! This strategy will dilute the votes of tax-paying, hard-working adults by giving kids, many who have not even had a job, the power to affect public policy and taxation. We must see HB20-1149 for what it is–a grand vote buying scheme. Most important, remember vote buying comes in many forms. 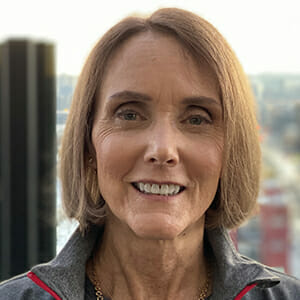