Informed Coloradoans Will Vote No on Proposition CC

Prop CC would take away our Taxpayers Bill of Rights (TABOR) refunds forever without "real" accountability to taxpayers.

Here’s why…there’s “no guarantee” where those “retained tax dollars” will actually end up. State House Speaker KC Becker (D-Boulder) admitted as much in a hearing earlier this year that there is no guarantee that Prop CC’s money will go for education, higher education and roads, bridges and transit. Sure, maybe some, for a while, but the bill language does not say “shall go to education, higher education and roads, bridges and transit.” And, informed voters know politicians and their mode of operating. If they would get the Prop CC money, what’s to stop them from reducing spending from general funds rather than using the Prop CC money to “increase” spending on education, repairing roads and bridges and, on improving transit? There’s nothing to stop them from doing that.

Our Democrat controlled Colorado House and Senate legislators passed an overwhelming amount of spending bills and increased regulations in the first session and now, there are Democrats at the Capital worried about how they’re going to fund everything. So, how do we know that the Prop CC funds won’t go to “backfill” revenue losses which are coming down the pike, especially due to decreased oil and gas revenues.

Despite a 20% increase in education spending since 1990, teacher pay is down 20%. So, do you think giving more money to the state government without reforms in how they spend it is a good deal for taxpayers? Maybe they need to look at the “huge” increase in administrative spending being given to the education overlords instead of teachers. Why give them more money when they have proven they can’t efficiently or effectively spend what they have now? That’s rewarding bad behavior!

Prop CC would take away our Taxpayers Bill of Rights (TABOR) refunds forever without “real” accountability to taxpayers. If you vote for Prop CC you are giving up your children and grandchildren’s future right to “vote” on whether or not they want to increase state, county or local taxes because Prop CC is the first step in gutting TABOR. Don’t be fooled!

Prop CC is a tax increase despite what the very deceptive ballot language says because they keep your money and they spend it! Coloradoans have rejected the last 6 statewide tax increases for a reason…IT’S OUR MONEY! If you want to vote to approve a new tax increase then we can do that “unless” Prop CC goes on to gut our Taxpayers Bill of Rights! And, Prop CC will take refund money away from localities that currently use that money to cover senior and veteran’s property tax exemptions. Wonder who’s going to pick up that tab?

Prop CC would reduce TABOR’s effectiveness. Currently, it works to limit the growth of our state government in spite of politicians doing work arounds to take more of our money disguised as fees instead of a tax.

Lastly, we have the #1 economy in the country. TABOR has contributed to it by restricting government spending. Prop CC is the first step to repeal the rest of TABOR. If that happens, you will no longer be able to vote on town, city, county or state tax increases. The government will do that singlehandedly for you whether you like it or not. Remember, Coloradoans voted down the last 6 ballot measures that would have raised our taxes and guess what…there is no budget crisis at the state capital and that’s straight from the left-leaning Denver Post. Heck, the Denver Post has editorialized against Prop CC. That ought to tell you something.! VOTE NO ON CC! Your wallet will thank you! 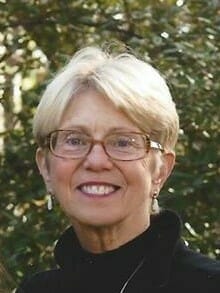 Jane Chaney has been on the executive leadership team of the Gunnison County Republican Central Committee for 8 years, the 3 most recent and currently, she serves as Chairwoman. She retired 7 years ago as Executive Director of the Gunnison-Crested Butte Tourism Association and has lived in Crested Butte for 16 years.