The Ratchet Effect is a concept applied to the growth in government intrusion. Prior to a crisis, government grows at its usual pace then accelerates during the crisis.  After the problems abate some governmental powers are relinquished, but not all.  Post-crisis, government continues to function at its higher level and grows from there. What sort of government encroachment can we expect after The Pandemic passes?

Imagine a wide-eyed young boy, brown hair, cowlicks in the front and back, hanging out with his Grandfather.  They are out on the side porch of Grandpa’s house fixing stairs.  Grandpa grabs a ratchet.

“Do you know how to use this?” He asks the eager-to-please young boy.

“Doesn’t your Dad teach you anything?” He says.  “He’s what you do.  Clasp it on the bolt and remember ‘righty tighty, lefty-“.

“Stop right there, Grandpa!” says the national government of the United States.  “We never loosen!”

A ratchet goes only one way unless the user intercedes and switches the mechanism to enable it to turn the bolt the opposite direction and loosen the grip.  “Loosen the grip”.  Three words it seems the national government doesn’t know can have lasting meaning.  In times of crisis the government grip tightens strongly, then loosens.  Loosens but not quite to how loose it was before the crisis.

This “Ratchet Effect” is a concept applied to the growth in government intrusion by Robert Higgs in his 1987 book “Crisis and Leviathan,” (Crisis and Leviathan: Critical Episodes in the Growth of American Government, 25th Anniversary Edition (Independent Studies in Political Economy) https://www.amazon.com/dp/1598131117/ref=cm_sw_r_cp_tai_Vr4DEbPPTFHPA).  Higgs says, prior to a crisis, government grows at its usual pace then accelerates during the crisis.  After the problems abate some governmental powers are relinquished, but not all.  Post-crisis, government continues to function at its higher level and grows from there.

Imagine stairs which never go flat and never go down.  Now you have the idea of how government has grown in America beginning in the 20th Century and continuing into the 21st.  Both during and immediately after these crisis times, government permanently expanded:

Regardless of how you feel about the rightness of these bureaucracies this clearly gives credence to Higgs’ analysis.

What is never the case is that government becomes smaller than its pre-crisis levels.  The new crisis is used as justification for greater government regulation and intrusion as politicians often speak of “never letting this happen again”.

Typical studies on the size and scope of government focus on spending, number of regulations and the level of taxation; all just measures.  Higgs, however, got more granular.

His study and subsequent updates examine other metrics.  He asks: How many private decisions were made without government-mandated considerations both before and after a crisis?  How many resources in the private sector are drawn away from creative development and reallocated to compliance?  His more complete thinking results in a deeper consideration of how government grows more influential in and after crises, making the private sector less dynamic.

Lest you think this is just a government phenomenon, certain private sector actors have an incentive to participate as well, according to Higgs.  As government grows so to does the existence of the government contractor who becomes more and more reliant on taxpayer funded projects.  Proposed cuts in spending, therefore, become a detriment to the health and well-being of the private sector, not just to government.

Where are we now?  “Our government spends 1 of every 3 dollars that passes through the U.S. economy,” reports economist Stephen Moore. The ratchet, always tightening and never loosening, has created significant dependence on government across sectors and socioeconomic levels.  Government has become big, influential and significant indeed.

One thing we do know is that if the Trump Administration relinquishes all the emergency powers it has claimed and made use of to date, it will be the exception to the rule.  Perhaps we should appeal to the freedom-loving side of our President:

Dear President Trump:  You have been the exception to many of the inside-the-beltway rules of politics.  How about you keep that going?  Give back all these powers when you’re done with them.

A better idea: let’s be more free after this!  Leave the government smaller than it was when we began working our way through this crisis. 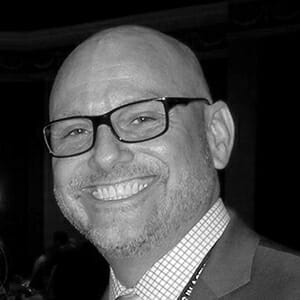