The Equal Access to Justice Act (EAJA) has become a cottage industry which environmental groups have found pays well when litigating provisions of the Endangered Species Act that provide a never-ending license to sue.

The Equal Access to Justice Act (EAJA) is a historic law signed into law by President Jimmy Carter in 1980 to make the federal government more responsive and responsible to citizens and ensure military veterans, social security recipients and small business could afford legal help should agencies cause harm to them.   For decades environmental groups have used EAJA to generate multi millions of dollars in attorney’s fees for lawsuits filed against the United States Forest Service, the Fish and Wildlife Service and other federal agencies.

EAJA has been hijacked by a litigious element of the environmental movement that files hundred of petitions to list endangered species under the Endangered Species Act which cannot be processed within the statutory time limits due to federal budget constraints. Then these groups sue the agencies for failing to act in a timely manner and then the litigious groups recover judgments, so they file additional petitions and lawsuits. A true catch 22.

Suing the federal government under EAJA has become a cottage industry which environmental groups have found pays well when litigating provisions of the Endangered Species Act that provide a never-ending license to sue. Between October 2009 and mid-2012, 489 cased were filed by environmental groups. Of those, 183 cased were awarded judgment totaling $52.5 million of taxpayer’s money.

Additionally, there are significant indirect costs. US Fish and Wildlife staff estimate that for every dollar awarded as litigant attorney fees, the agency cost is five dollars. Agency staff have indicated up to 40 percent of time if focused on addressing and responding to legal challenges. Thus, when agency costs are added to Department of Justice attorney costs, the actual EAJA awards are nearly eight times the litigant awards.

With litigation so prevalent, agency managers are forced to over plan in futile attempts to “suit proof” their projects. In some cases, where the intent of the lawsuit is to stop a proposed federal action, such as wildfire mitigation, the delays and costs to the agency can derail time sensitive projects, even if the eventual court ruling goes against the plaintiffs.

The Senate in 2019, as part of the John Dingell Jr. Conservation, Management, and Recreation Act (Public Law 116-9), directs the creation of a database to focus on accurate reporting of EAJA awards made through judicial settlements. Taxpayers deserve to know how their hard-earned tax dollars are being spent. 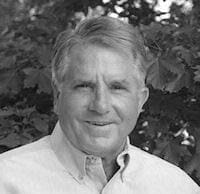 Former Assistant Secretary of the Interior for Fish Wildlife and Parks, Lyle is a professional natural resource manager. Nominated as Assistant Secretary of the Interior by President G.W. Bush, Lyle was confirmed by the United States Senate and sworn into office on October 30, 2007. As Assistant Secretary, he provided executive leadership for the National Park Service and US Fish and Wildlife Service. Appointed by President Bush, he also served as Commissioner of the United States Section of the Great Lakes Fishery Commission. In addition, he served as the President’s Representative to the UNESCO World Heritage Commission